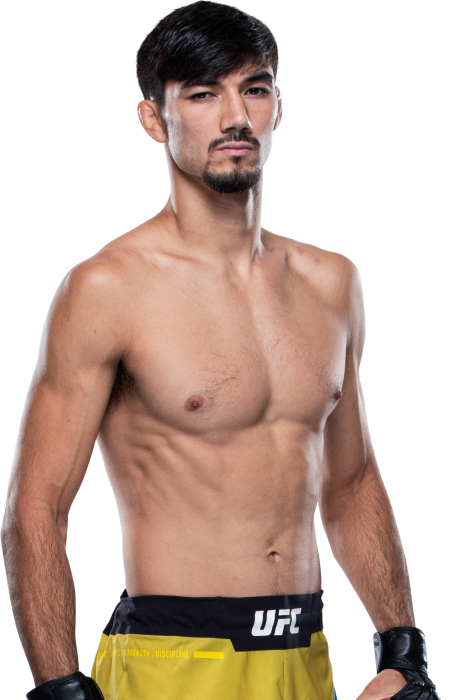 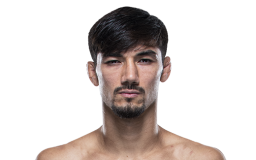 Q&A
When and why did you start training for fighting? Taekwondo since the age of seven, four years of high school wrestling.  When I was 17 and done with wrestling, I watched Forrest Griffin and Stephan Bonnar go to war on the Ultimate Fighter and I just fell right into it from there.  I had my first amateur fight two weeks after my 18th birthday.
What ranks and titles have you held?  Fourth degree Black Belt in Taekwondo. Black belt in Brazilian Jiu-Jitsu
Do you have any heroes? My mom has been my foundation.  She has been my greatest role model in living selflessly and loving people.  My hero in MMA is Dustin Poirier because I know his humble beginnings in Louisiana, and I see through him the direct result of hard work, belief in oneself, and faith in God.
What does it mean for you to fight in the UFC? A first fight in the UFC is a snapshot of the dream I’ve been chasing for seven years now.  Investing seven hard years is something people do to become a doctor; they achieve that status and begin their return on investment.  Signing with the UFC is the premier goal for a martial artist and fighter.  To me, it is both validation for the efforts put forth so far in the journey, and an immense opportunity to do so much more for my future, my family, and my community.  To fight in the UFC means that I accept great responsibility to the highest standard of performance, professionalism, and progress in the sport.  It means the opportunity to bring a UFC world championship belt home to Lafayette, LA.
Did you go to college and if so what degree did you earn? I graduated from the University of Louisiana at Lafayette with a degree in Kinesiology-Exercise Science in 2012.  I have one semester remaining towards my Masters in Business Administration at UL Lafayette.
What was your job before you started fighting? I taught Taekwondo to children and adults for years prior to turning to MMA.
Favorite grappling technique: Guillotine
Favorite Striking technique:  Head kicks

Cheer Aaron Phillips in style.
Shop the latest apparel from the official UFC store.
Visite a loja do UFC 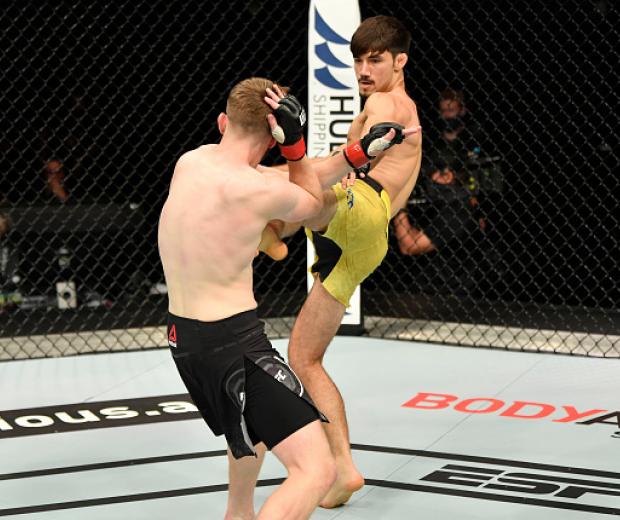