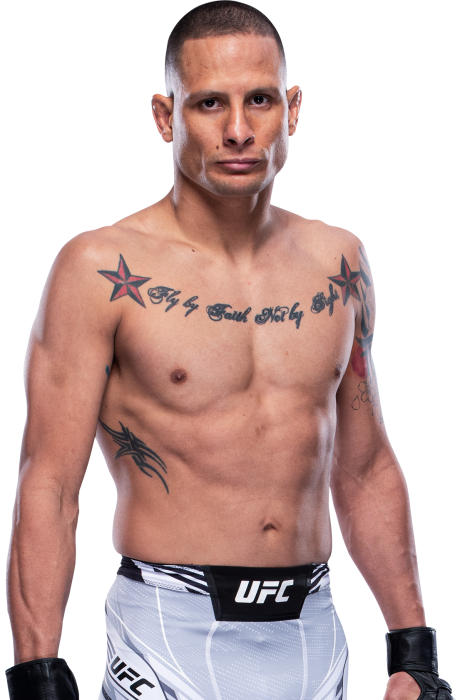 This Is How I Fight: Dileno Lopes

When and why did you start training for fighting? I started training after college without many opportunities other than the Olympics.  I saw how good former teammates Efrain Escudero, Jaime Varner, and Danny Martinez were doing in MMA and I decided to make the transition to MMA in late 2008.
What ranks and titles have you held? Rage in the Cage BW champion, BJJ world silver medalist, Inaugural MFC bantamweight champion, 4x Greco-Roman AZ state Champion, 3x AZ high school state medalist, 2003 AZ state runner up, AAU All-American 2006.
Do you have any heroes? Mom
What does it mean for you to fight in the UFC? It's the culmination of every drop of blood, sweat, and tears.  The sacrifices and struggles that my family and I have made are finally paying off.
Did you go to college and if so what degree did you earn? I did go to college at the Junior College (Pima Community College) and NCAA Div II (Grand Canyon University) levels, where I studied in Visual Communications with emphasis in graphic design and marketing advertising. I did not earn a degree, but I learned I was way better at beating people up than being a student.
What was your job before you started fighting? I've worked for my Uncle’s roofing company for years; I also worked at a sporting goods store, and tended bar, all at the same time for about three years.
Specific accomplishments in pro competition? I was in Sports Illustrated December 22, 2013 for Most Victorious Picture of the Year. Also have won multiple Fight of the Night awards.
Ranks in any martial arts styles: Black belt in BJJ and I also say I definitely have my black belt in Wrestling.
Favorite grappling technique: D'arce choke or Anaconda Choke 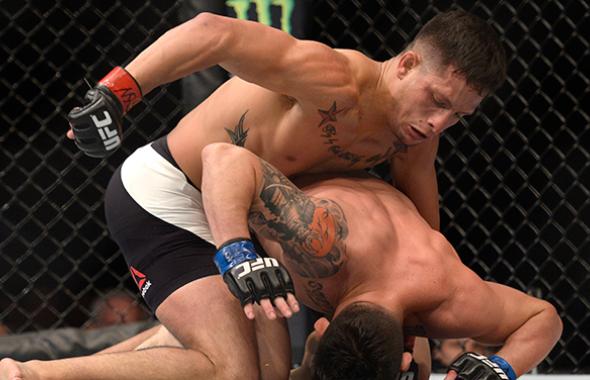