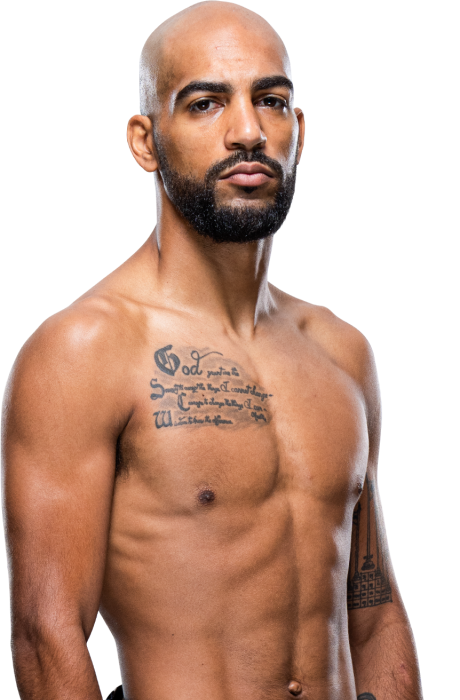 Q&A
When and why did you start training for fighting? Happenstance. In 2012, my brother needed someone to wrestle with for his amateur title fight in Kansas. I was home for the fall, deciding on going back to school in the spring and was an All-State wrestler in high school. A fight fell out and he asked if I wanted to fight. I took a fight after only training a week and a half and got hooked in the sport.
What ranks and titles have you held? Blue belt under Mike Rogers SCMMA and Vaghi Jiu-Jitsu, LFA Flyweight Champion, 2x AAU National champion track and field, three amateur titles in MMA.
Do you have any heroes? Myself. I’m proud of the person my parents have molded me to be and I want to be the person people can look to for an example in life.
What does it mean for you to fight in the UFC? Until I win in the UFC, it means I accomplished the goal of making it. But I won’t feel it until I get my hand raised. It gives me an opportunity for financial stability and to travel the world and see amazing people and cultures.
Did you go to college and if so what degree did you earn? Yes, I was in school for Graphic Communication/Design
What was your job before you started fighting? Many jobs with whoever allowed me to train enough, and to eat, get to the gym and have a place to live - carpentry, car tech, HS wrestling coach for five years, retail.
Specific accomplishments in amateur competition? 2x AAU National champion track and field, multiple time All-American, 3 amateur MMA titles, HS State champion in track and football, HS All-State wrestler,  track and field, cross country
Favorite grappling technique: The one that ends the fight
Favorite Striking technique: Teep and the one that ends the fight