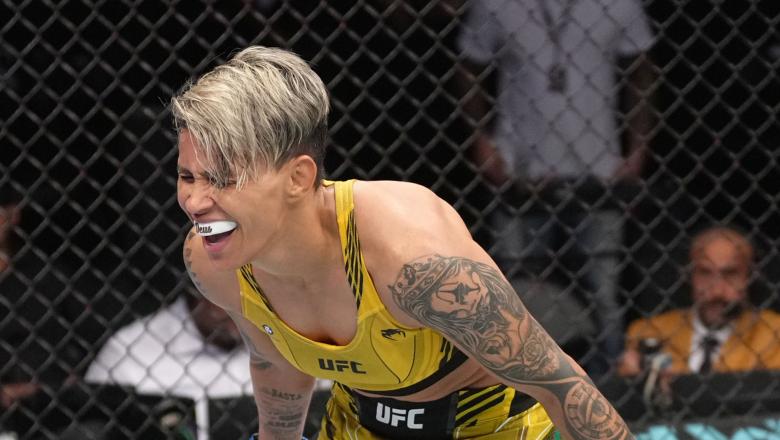 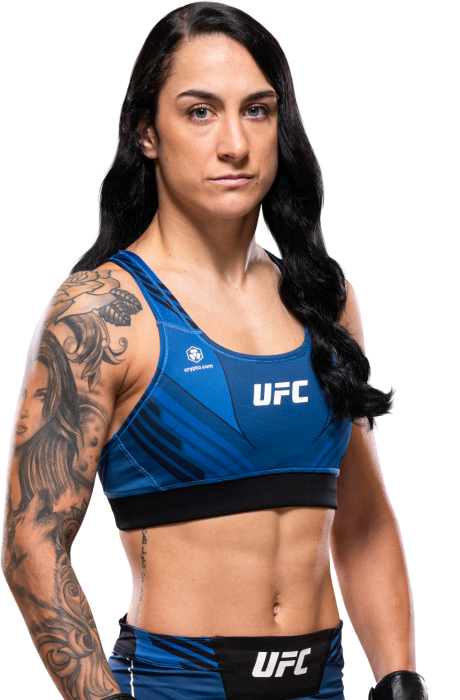 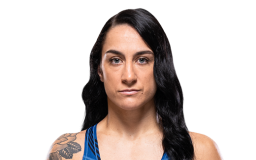 Q&A
When and why did you start training for fighting? My grandparents convinced my parents to sign me up for taekwondo as a kid, then I wrestled in high school and very briefly in college. After that, I found my MMA gym in Oklahoma
What ranks and titles have you held? Black belt in BJJ. Invicta FC champion.
What does it mean for you to fight in the UFC?  I have always wanted to compete against the very best in the world.
Did you go to college and if so what degree did you earn? I was in college very briefly. It wasn’t for me, so I committed myself fully to MMA.
What was your job before you started fighting? I’ve worked jobs just to supplement my MMA career. The last few years I’ve just been teaching classes at the gym, which is something I enjoy doing anyway.Favorite grappling technique: RNC
Favorite Striking technique: Cross

Cheer Emily Ducote in style.
Shop the latest apparel from the official UFC store.
Visite a loja do UFC 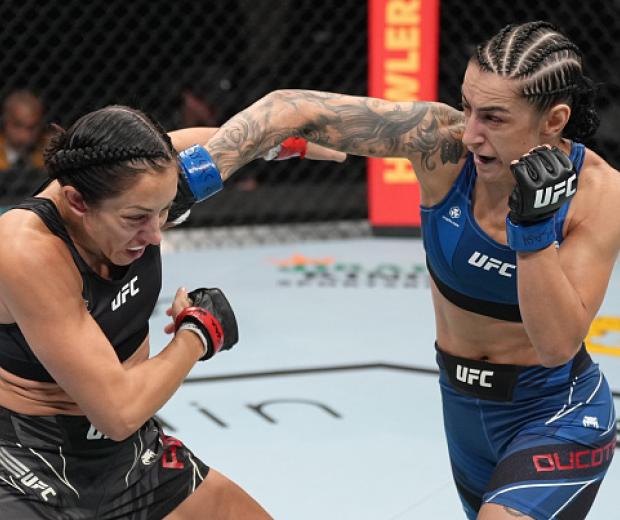