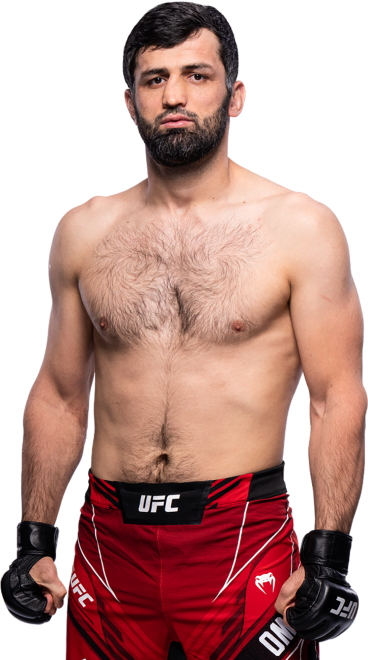 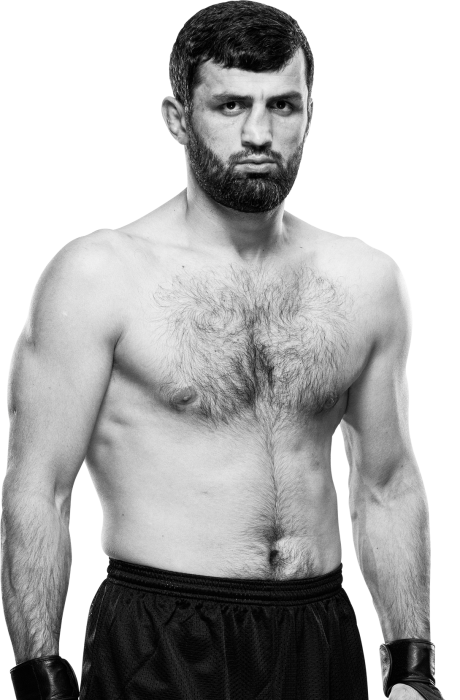 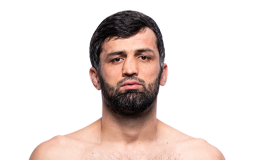 Episode nine (10/26/21) Omargadzhiev submitted Jansey Silva via kneebar at 4:19 of the first round

When and why did you start training for fighting? At the age of 11, I started with freestyle wrestling, and since 19 I turned to MMA because I always loved it more.
What ranks and titles have you held? Russian national champion, European championships medalist in MMA (amateur), combat sambo world champ.
Do you have any heroes? My heroes in the sport are Muhammad Ali, Manny Pacquiao, Oleksandr Usyk; also, Jon Jones and Georges St-Pierre.
What does it mean for you to fight in the UFC? I set the highest goals for myself since I started training. I always had a goal to get to UFC and now I’m here! I’m thankful for this opportunity, but it all happened because of the hard work I had to put in.
Did you go to college and if so what degree did you earn? I graduated from institute and have high education.
What was your job before you started fighting? After I graduated, I didn’t get to work because I wanted to focus on the training and build my sport career and fully dedicate myself to it. Then I started making money through sport.
Favorite grappling technique: Submission on the leg.
Favorite Striking technique: Back fist.

Cheer Gadzhi Omargadzhiev in style.
Shop the latest apparel from the official UFC store.
Visite a loja do UFC