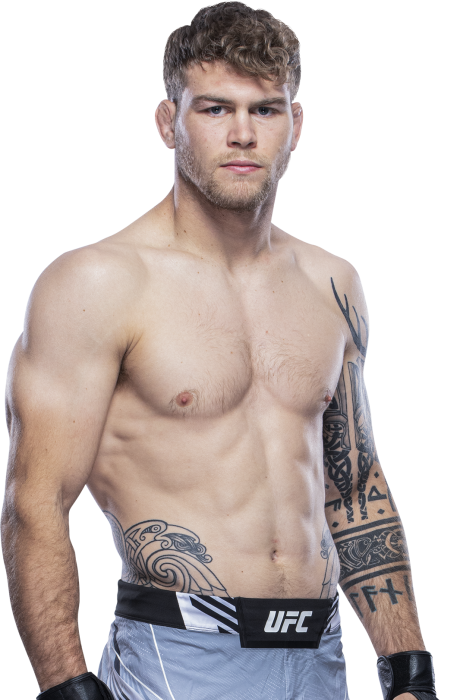 TUF NATIONS
In the quarterfinals, Matthews lost a two round unanimous decision to Olivier Aubin-Mercier

TRAINING: Every day varies in format and intensity; they usually start around 8am and conclude around 9pm. There's plenty of down time in between, but a longer day with the right amount of rest is important.
When and why did you start training for fighting? At age 15 I began training in BJJ at a local MMA gym. At the time I was playing representative football (Aussie rules) and needed a means to stay fit during the off-season. I immediately fell in love with the sport, crossed over to MMA and never looked back.
What ranks and titles have you held? I hold multiple state and national titles in BJJ. Silver medalist in Australian Wrestling Championships. At age 18 I won the Australian and East Coast Welterweight MMA titles.
Do you have any heroes? My greatest hero is my Dad, who is also my head coach. My Dad is the one who pushes me to be my best and without his guidance I wouldn't have made it as far as I have in the sport of MMA.
What does it mean for you to fight in the UFC? It was the dream of a 15-year-old kid, all the dedication, commitment, every drop of sweat, every training session all focused on one goal: The opportunity to compete at the highest level in the greatest fight organization in the world.
Did you go to college and if so what degree did you earn? I am currently studying for a Bachelor of Applied Science degree in Physical Education.
What was your job before you started fighting? At 19 I'm fresh out of school and studying at University.
Specific accomplishments in amateur competition? I went undefeated for 10 fights in my amateur career and won the Victorian amateur MMA title.
Ranks in any martial arts styles: I hold a black belt in BJJ under Carlos Portugese Viera
Favorite grappling technique: Triangle choke