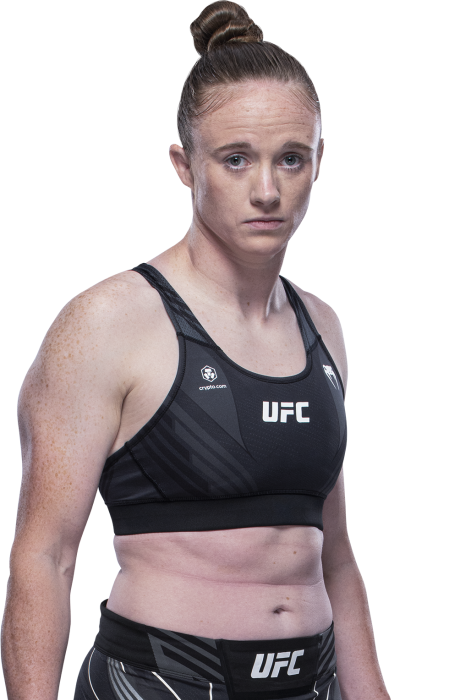 TRAINING: I can honestly say I feel more ready than ever. I’ve been able to train so much harder and put every ounce of energy I have into each practice.
What's your day-to-day life like? Every day I wake up and go for a run before I go to work. I work Mon-Fri part-time at a warehouse. After work I get home I eat lunch and rest a bit; then it's off to the gym. I live with my boyfriend of three years who is also my head boxing coach. I also teach Taekwon-do at an inner city school two days a week which is the same school my little brother attends.
Why are you a fighter? Fighting is who I am not what I do. I have been in martial arts since the age of nine and it's all I know. I have always had to fight for what I want so it's nothing new to me.
When and why did you start training for fighting? My mom put me and my sister in Taekwondo as kids to help build confidence. I continued until I started transitioning into MMA at the age of 14. My father was incarcerated before I was born so I was raised by a single mom and grew up with my older sister. We didn't always have everything we wanted, but we had everything we needed. My mom struggled for years to give us the best life possible. She never has it easy. When I was just three months old my Uncle who we were living with at the time put my mom, sister and I in a shelter and left us there. But she didn't let that stop her from getting back on her feet. We lived with different friends and family for a while, but we eventually got our own place. My mom started her own business as a child care provider and started home schooling my sister and I when I was eight.
Do you have any heroes? My mom is my biggest hero.
What does it mean for you to fight in the UFC? Fighting for the UFC means the world to me. It's something I have dreamed and worked towards for a very long time and to finally be able to say I am a UFC athlete is the absolute coolest.
What was your job before you started fighting? Warehouse worker
Specific accomplishments in amateur competition? I competed in five different states and won three MMA titles and one Muay Thai title
Ranks in any martial arts styles: 3rd degree Black Belt in Taekwondo, Brown Belt in BJJ
Favorite grappling technique: Armbar
Favorite Striking technique: Body Kick
Tell us something interesting about yourself: My story of coming from nothing and making it as far as I have with just the support of a few loved ones and the will to keep moving forward after I lost that support. 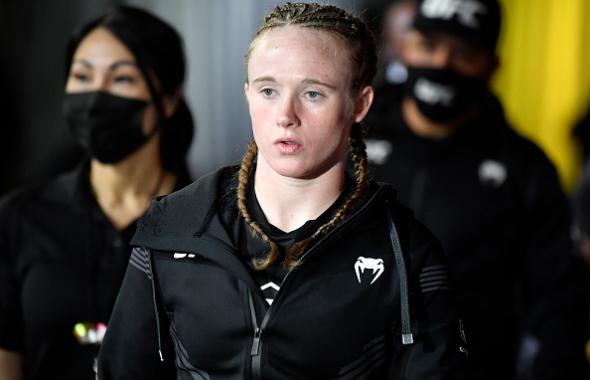 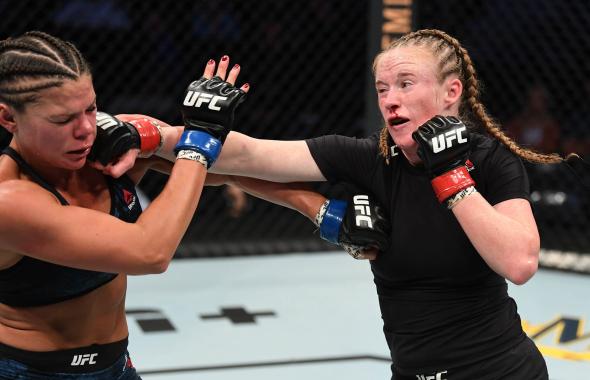