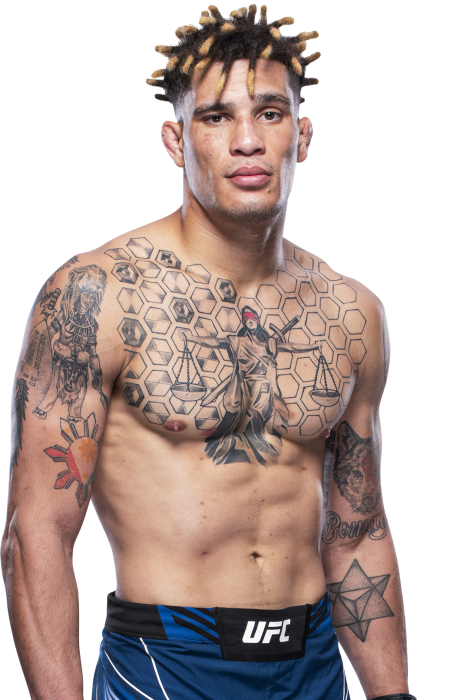 Dana White's Contender Series, Season 2
Episode three (6/26/18) Williams’ win over Tim Caron was overturned to a no contest due to a failed drug test.

When and why did you start training for fighting? I started fighting when I was 19 years old. The reason why I started fighting was because a friend brought up the idea to me and I was screwed out of a full-ride scholarship to UC Davis when they dropped the wrestling program due to lack of funds.
What ranks and titles have you held? I am currently ranked 5th in California, 11th in the United States West, and 54th overall in the United States. And I am currently the Dragon House middleweight champion.
Do you have any heroes? My heroes are my parents and Dave Terrell
What does it mean for you to fight in the UFC? It means everything to me and my young career. Even though I have dreamed about fighting for the UFC since I was 19, I feel like it would be a huge energy and morale boost to keep my career going the way it is currently.
Did you go to college and if so what degree did you earn? I did go to college but not long enough to earn any sort of degree... I chose fighting as my source of knowledge.
What was your job before you started fighting? I was a carpenter's apprentice.
Specific accomplishments in amateur competition? As an amateur I was seven and one and I won the Ultimate Reno Combat belt at 170 pounds. I beat current UFC fighter Max Griffin in that title match and it was only my third fight ever. He is now ranked 32nd in the world. I also took 5th in the California State High School wrestling tournament my junior year and was 6th in the nation. I took second in State my senior year. And I won the California JC tournament at 197 in college.
Favorite grappling technique: Guard pass, ground and pound, and the triangle choke.
Favorite Striking technique: Boxing 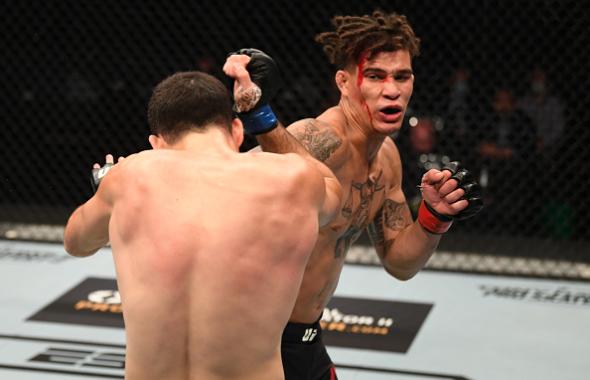