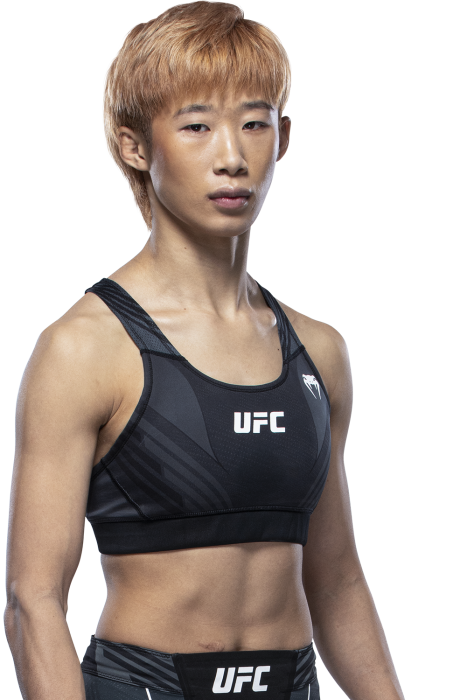 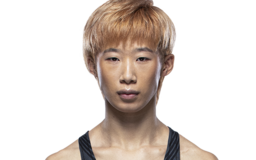 When and why did you start training for fighting? I started wrestling in 2008 and transitioned to MMA in 2016.
What ranks and titles have you held? Flyweight champion in W.A.R.S. MMA, bantamweight champion in Asian MMA tournament
Do you have any heroes? Ronda Rousey
What does it mean for you to fight in the UFC? A dream come true
Specific accomplishments in amateur competition? Top 3 wrestler in National wrestling competition
Favorite grappling technique: Armbar
Favorite Striking technique: Teep and question mark kick

Cheer Liang Na in style.
Shop the latest apparel from the official UFC store.
Visite a loja do UFC