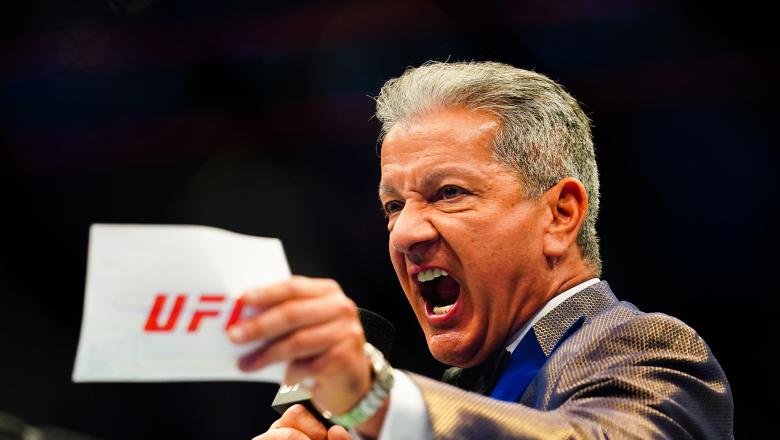 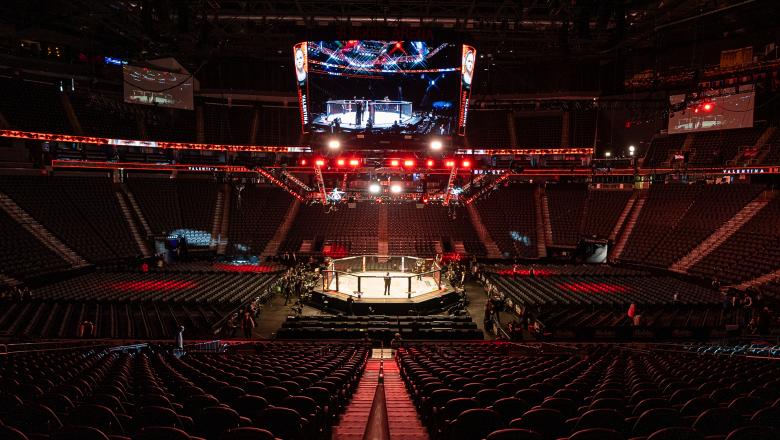 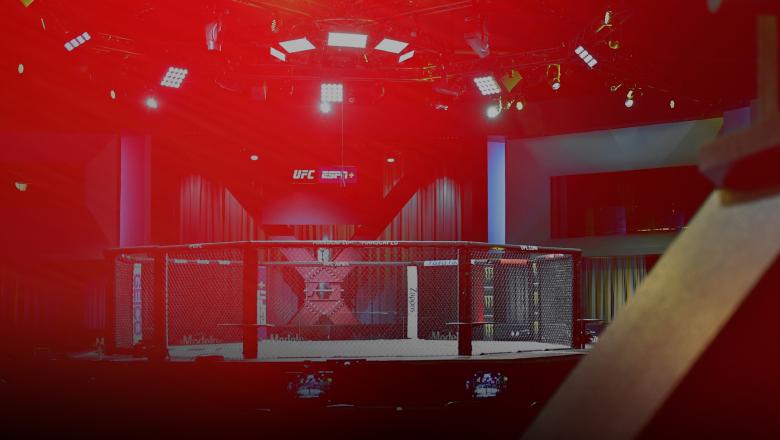 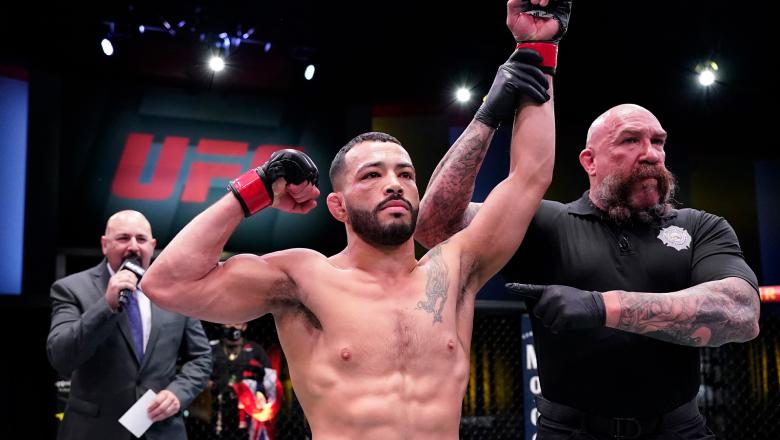 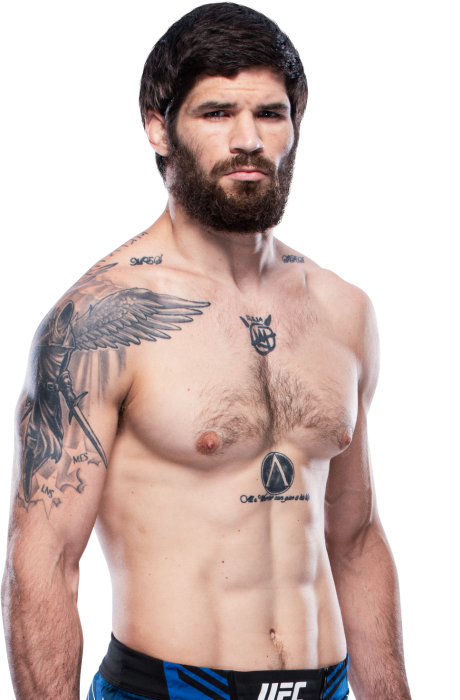 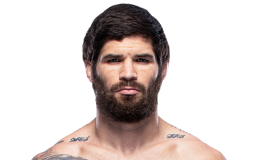 When and why did you start training for fighting? I entered an MMA program at a school close to home when I was 14 years old and a freshman in high school. Before I had seen UFC fights for the first time, I was scared of getting into a fight and witnessed many of them happen at school or while traveling for sports competitions in youth leagues. I had done some years of youth wrestling but fist fights seemed like a whole different ball game to me and it was a game I wanted to learn how to play in case I ever found myself in a position where violence was my only option. That all changed after one of my wrestling buddies, whose house I was playing at, showed me his collection of the Ultimate Fighting Championship DVDs and VHS tapes. I watched Royce Gracie win the first UFC tournament and was in awe when I saw guys like Chuck Liddell and Forrest Griffin throwing down in an Octagon-shaped cage. I was fascinated by it all, and I decided right then and there that one day I would fight in the UFC. When I started training as a freshman in high school, I had two reasons for it; To learn how to defend myself, and to start building the skills necessary to make it to the UFC.
What ranks and titles have you held? 2X amateur light heavyweight champion
Do you have any heroes? Caylin Louis Moore, Jesus, and my big brother Michael.
What does it mean for you to fight in the UFC? Fighting for the UFC means all the hard work and sacrifices made are being paid off. I dropped out of college with only 10 credits and an internship left until I graduated in order to start the journey to the big show as soon as I possibly could. My school was going to require me to come back for a full 5th year to take only a few classes and an internship at a local parole office (I was a majoring in Criminal Justice). To me, I could always go back and finish school no matter what age I was, but to make it to the UFC, the best professional MMA organization in the world, I only had a limited window of time to get it done. I left school with a big stack of debt from college, even considering I was on a scholarship for football, so I couldn't find very good paying jobs that were willing to work with my training schedule. I've been broke for a long time because I decided to dedicate as much time to training as I could, even if that meant giving up work hours to go to the gym. Fighting for the UFC is my childhood dream coming to realization. It is the completion of my ultimate personal goal. Now that I have made it to the big league, though, this means I am blessed enough to reshape that dream into something even bigger than I ever could have imagined, and that is becoming one of the most exciting and entertaining fighters to ever grace the grounds of the UFC's Octagon.
Did you go to college and if so what degree did you earn? I did not complete my degree, but I majored in Criminal Justice at Marist College in Poughkeepsie, New York. I also played four seasons of division 1AA football as a strong safety.
What was your job before you started fighting? I never had a job before fighting because I was in college, so when I left school, I entered the workforce while officially starting my run to the UFC. I had a lot of random jobs over the last six or so years since; I was a trashman, I sold Direct TV in Costco, I was a pizza maker, I did a lot of security and bouncing jobs at bars and clubs in downtown Frederick, MD, I did demolition and construction for a friend's business. My only stable job that I really enjoyed and continued doing was working as a substitute teacher in the Frederick County Public School system. I really enjoyed teaching and working with kids from Kindergarten all the way to 12th grade. I also had the pleasure of working with the kids in special education programs.
Specific accomplishments in amateur competition? I secured 2 light heavyweight titles, one for Cagezilla MMA (based in VA) and one for KTFO fights, now known as Triton Fights (based in Long Island, NY).
Ranks in any martial arts styles: BJJ blue belt, Level 3 (purple belt) in Muay Thai, and brown belt in Clinch Freestyle Kickboxing
Favorite grappling technique: Triangle Choke
Favorite Striking technique: Rear cross or rear elbow

Cheer Matthew Semelsberger in style.
Shop the latest apparel from the official UFC store.
Visite a loja do UFC 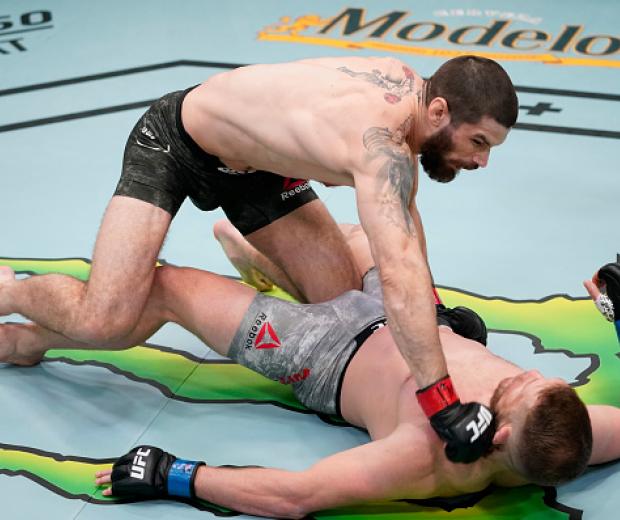