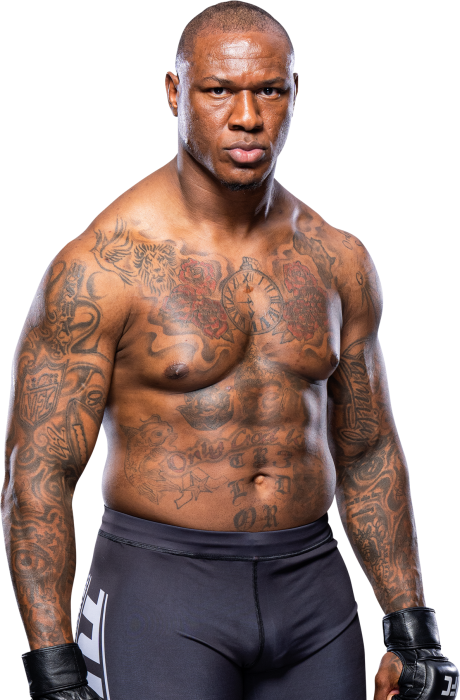 Q&A
When and why did you start training for fighting? My son inspired me. Once the football door shut, my brother was having success. I didn’t want to be a failure in my son’s eyes.
Do you have any heroes? My dad, my brothers, Rashad Evans, Tyrone Spong
Did you go to college and if so what degree did you earn? General Studies
What was your job before you started fighting? First job was at Blockbuster
Specific accomplishments in amateur competition? #1 wrestler in Texas 2008 (high school)