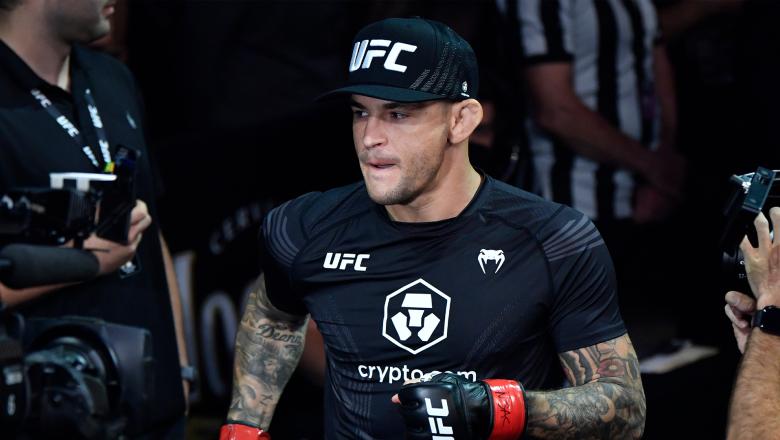 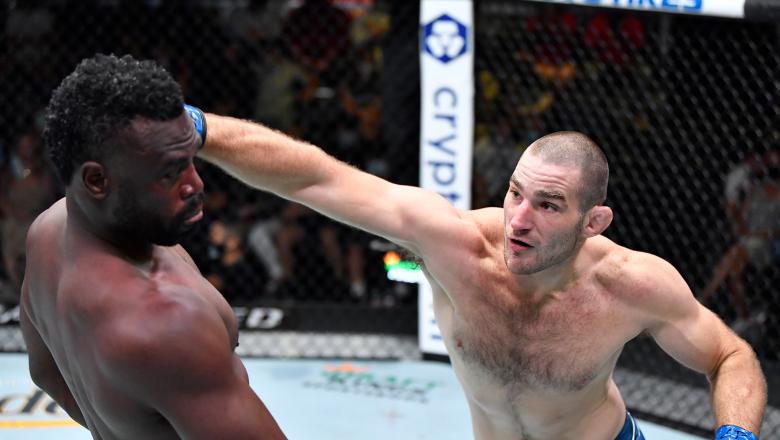 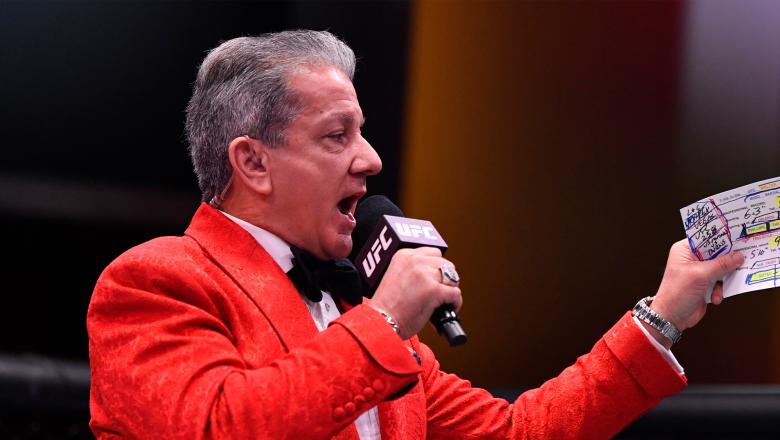 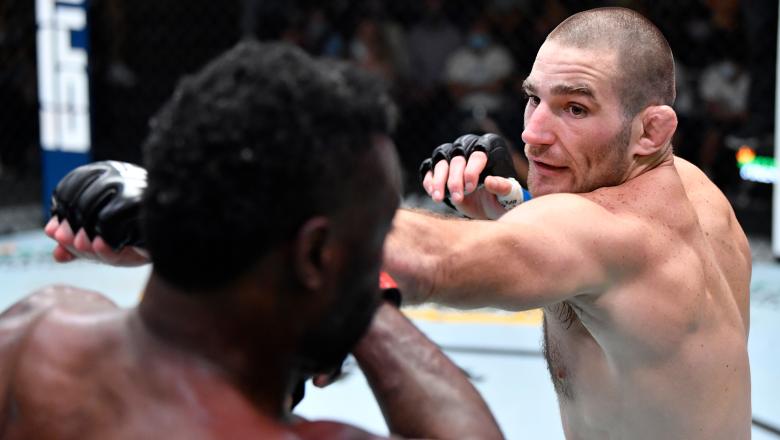 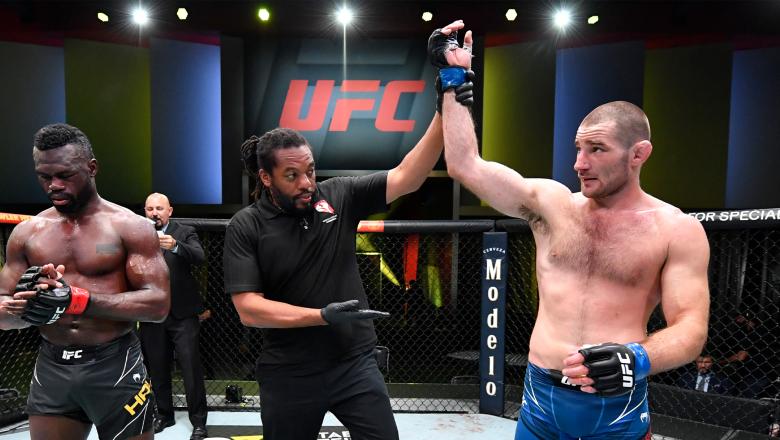 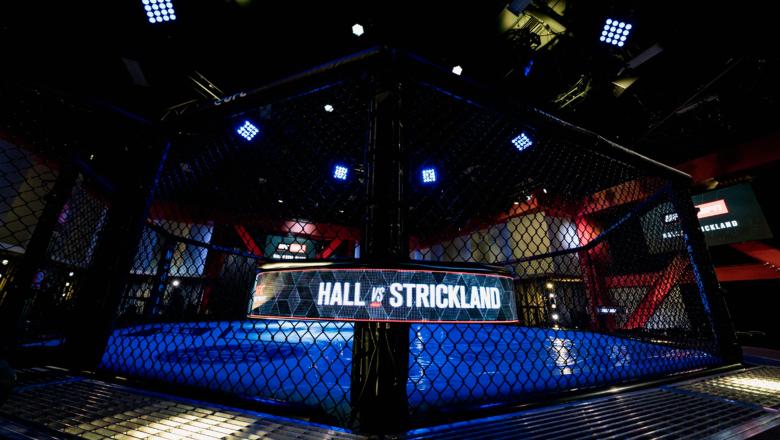 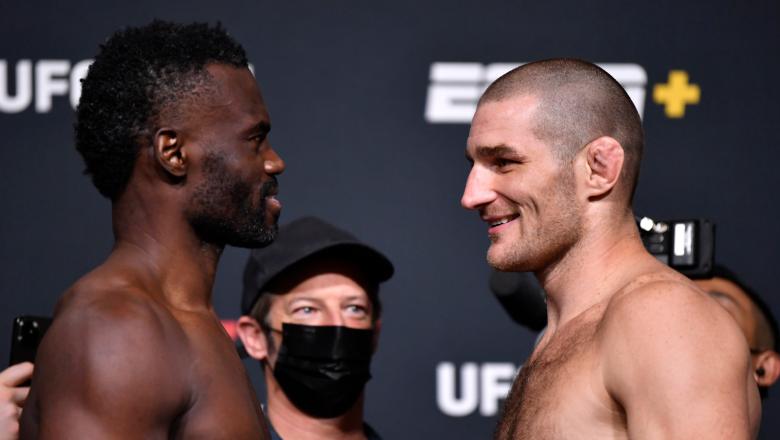 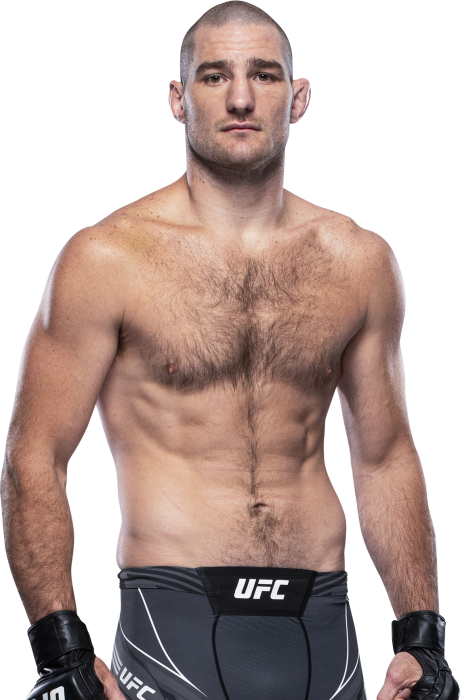 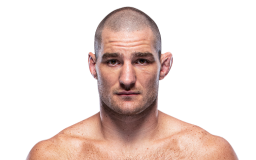 When and why did you start training for fighting? I first began training when I was 14, mainly for the fact it was the only sport I didn’t get kicked out of. It was a way for me to work out some of my anger and next thing I knew I turned pro when I was 16 and I found my calling in life.
What ranks and titles have you held? King of the Cage middleweight belt, brown belt in BJJ
What does it mean for you to fight in the UFC? Fighting in the UFC means everything to me. I’ve spent the last eight years of my life inside a gym preparing for this moment in my life.
What was your job before you started fighting? I turned pro when I was 16. I’ve always been a fighter.
Favorite Striking technique: Not getting punched in the face technique

Cheer Sean Strickland in style.
Shop the latest apparel from the official UFC store.
Visite a loja do UFC 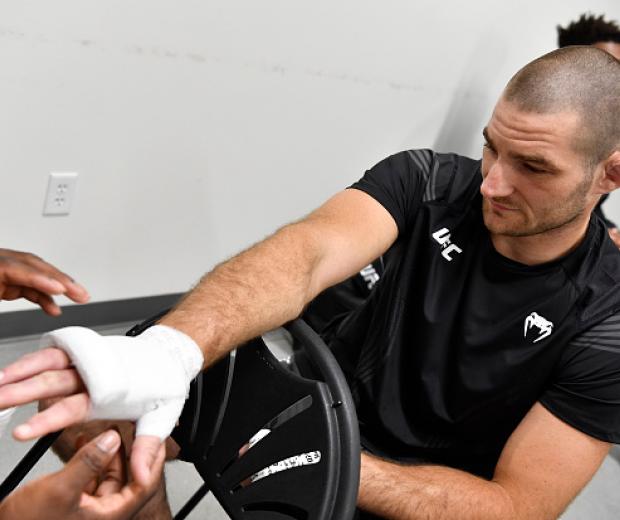 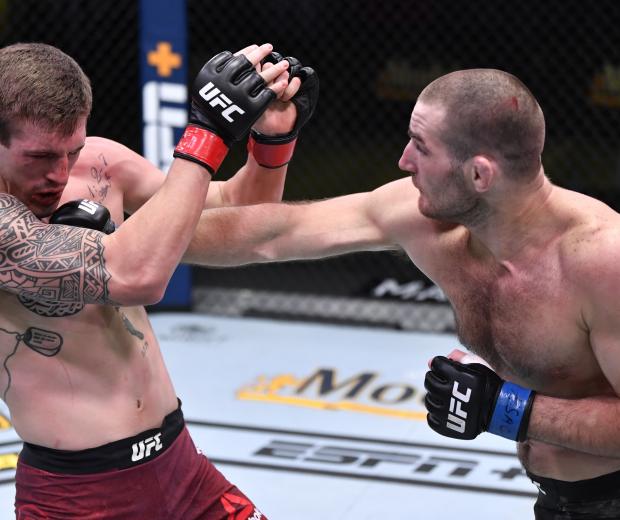