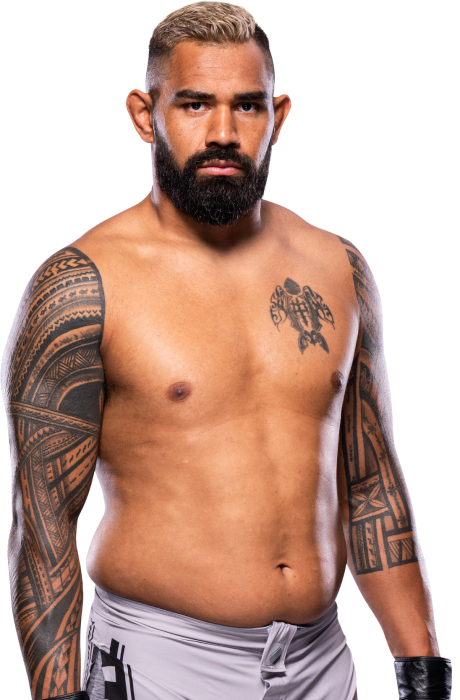 UFC History
TUF 30
In the semifinals, Pauga stopped Jordan Heiderman via strikes at :30 of the second round
In the quarterfinals, Pauga won a two-round unanimous decision over Nyle Bartling

Q&A
When and why did you start training for fighting? Other than my obsession with 90s karate films and pro wrestling, I was working as a patrol officer and wanted to improve my ability to defend myself. I was training with Curtis Blaydes and Alistair Overeem and was having a lot of success in practice, so I decided I might as well make some money if I’m going to fight guys as good as them.
What ranks and titles have you held? BJJ purple belt
Do you have any heroes? My Dad is a Samoan immigrant and was able to raise and provide for three kids while learning to speak English, that is an inspiration to me.
Did you go to college and if so what degree did you earn? Colorado State University - Sociology
What was your job before you started fighting? Fullback for the Houston Texans, Loose Forward for the Denver Stampede/ Glendale Raptors, Patrol Officer for the City of Wheat Ridge, Senior Criminal Investigator for the Denver District Attorney’s Office, Personal Trainer at Vital Training Systems.