How Andre Fili got his mojo back 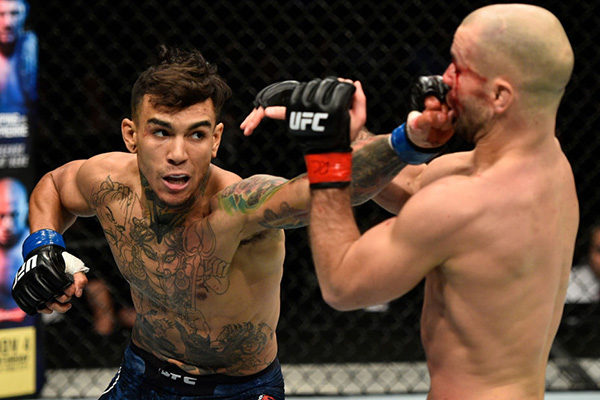 “I wouldn’t even watch a cartoon unless it had fighting in it,” he said, dead serious as he describes his childhood television viewing habits. “Certain shows would come on, and Ninja Turtles, I would watch. X-Men I would watch. But I wouldn’t watch Magic School Bus because there was no fighting. I didn’t care. All I gave a s**t about was fighting. I loved it.” 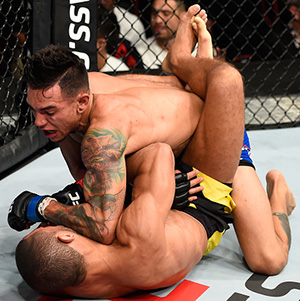 For more than half of his 27 years, fighting has been a part of his life, and eventually his job. Tomorrow, he has a co-main event bout against fellow featherweight standout Dennis Bermudez, and it’s a chance to break a win-loss-win-loss pattern that has gone on since his UFC debut in 2013.

But more importantly, it’s the second fight in a row where he has learned to once again love fighting the way he did when he was throwing punches along with the Ninja Turtles.

“I’m getting back to that point,” Fili said. “This is all I wanted to do. Sometimes when you get something that you wanted for a long time and you have it for a little while, you sort of forget how special it is. And I got back to remembering how special this is and how cool it is that I get to get into a fight in front of everybody and be on TV and do what I love to do.”

Following a disappointing July loss to Calvin Kattar, Fili righted the ship with a three-round win over Artem Lobov in October, and more than getting a win, he got his mojo back.

“I feel great,” he said. “I’m in such a good and positive place. I’m enjoying what I’m doing so much, and it’s a realization that I’m really blessed and lucky to get to do what I love. I’ve been in a lot of different places mentally throughout my life, and this is such a good place now. I’m so appreciative and I feel like I really see things for what they actually are now and it feels good.”

That kind of peace of mind is hard won, and luckily it hit Fili before he was too old to enjoy it. At 27, he may not even be hitting his physical prime yet, which means if he stays on his current course, things will only get better from here. But how does he find his balance?

RELATED: A Fresh Start For Bermudez |  Charlotte: Road To The Octagon

Hard work in the gym, embracing the joy of the fight, and when it’s time to take the foot off the gas, he will.

“Comic books and tattoos, at this point in my life, are the only things I spend money on that I don’t regret spending money on later,” Fili said. “The older I get, the more I go to the mall and I pick up a shirt or some shoes and the longer I hold it in my hand, the more I go, ‘I don’t really need this.’ But comic books…I regret nothing.”

He laughs before pointing out that drawing tattoo flash is part of his off-day activities, and when he’s not in camp, it’s some skateboarding, though he admits that he’s not the most skilled practitioner. But he’s fine with that. 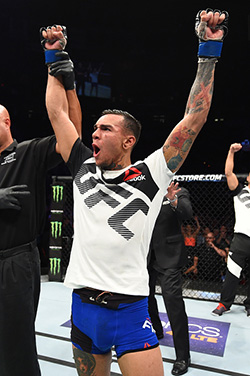 “It’s nice to suck at something, in a weird way,” he said. “It sounds counterintuitive, but I’ve been so invested in fighting for so long, I really believe – without sounding arrogant – that I’m the best 145-pound fighter in the world. I think I do things no one else can do, or at least do them better than other people can do them. So when you improve at something that you’re one of the best in the world at, you improve in small increments and there’s pressure to perform, which is good. But it’s a nice change to do something that you suck at and there’s no expectations for you to be good at and you can see your improvements in these big leaps and bounds.”

If you haven’t noticed by now, Fili is one of the more interesting fighters out there. Add in the fact that he can compete with the best in the division and do so in exciting fashion, and 2018 might be his breakout year. And he’s got the intangibles in order too? That could be scary for the once wild child to be maturing like this, but he’s embracing it.

“I think I’m finding that balance where on fight night, I’m still the same kid who is just excited to go get in a fight,” he said. “I’m excited to hit someone and make them barely miss when they try to hit me back. Or worst case scenario, I hit someone and they hit me back and I look at ‘em in the face like I don’t feel a thing. I still want to be that kid, but in my preparation and my life outside the gym, I can feel myself growing up a little bit. And it doesn’t scare me like it used to. It’s not a bad thing. I feel like I’m really starting to become who I’m supposed to be.” 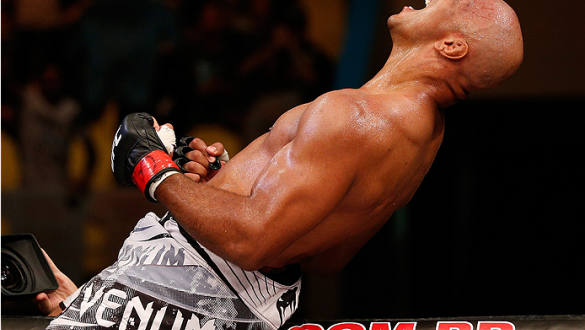