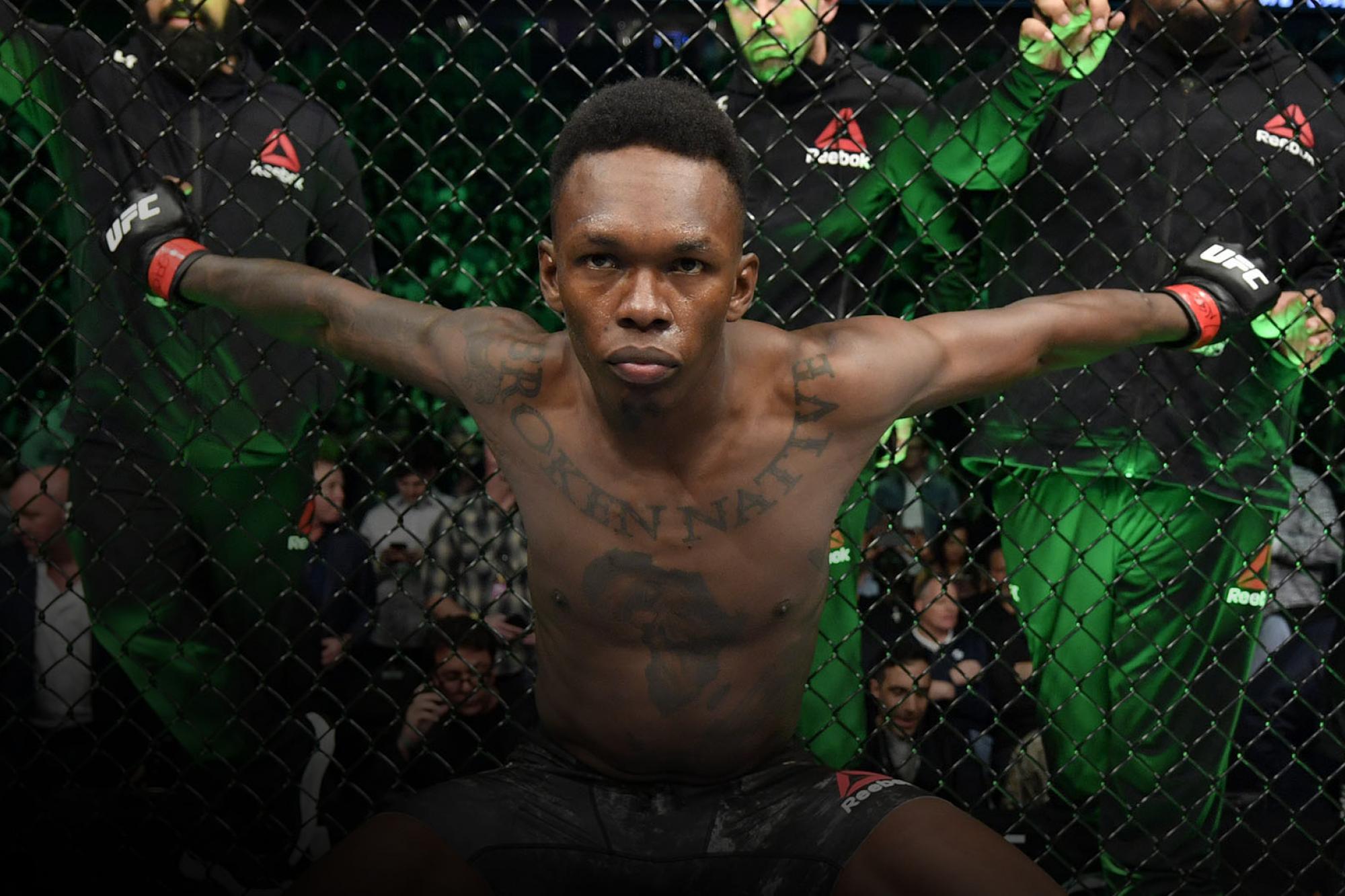 'The Last Stylebender' Is Back To Remind Everyone Why He's The Middleweight Champion
By E. Spencer Kyte, on Twitter @SpencerKyte • Jun. 10, 2021

This weekend marks a pair of firsts in the mixed martial arts career of middleweight champion Israel Adesanya.

Not only is he making the walk off a loss for the first time, but it’s also the first time that he’ll share the Octagon with a familiar foe. Ironically, they’ll be running it back in the exact same venue, as well, as 1,155 days after meeting in combat for the first time, Adesanya will once again square off with Marvin Vettori inside Gila River Arena in Glendale, Arizona, only this time, the middleweight title will be hanging in the balance.

“That was a side mission going up to 205,” said Adesanya, “Player One” in his own personal video game called life, about his March excursion to the light heavyweight division, where he lost to reigning champ Jan Blachowicz. “Now I’m back in the main mission in the game. One of the former foes appeared again to try and take revenge, so I have to take care of him this weekend.”

Getting the opportunity to share the Octagon with Adesanya again has been Vettori’s primary focus since he landed on the business end of a split decision verdict on April 14, 2018, his desires increasing when the dangerous striker laid claim to the middleweight throne 18 months later.

The Italian has clung to his belief that he got the better of things, only to get hosed by the judges, and believed that a second fight between the two was not only inevitable but would show once and for all that he is the better man.

He spoke about it with a dogged persistence that felt equal parts “speak it into existence” and “stuck on this moment,” but made the rematch a possibility by rattling off five straight victories, including five-round defeats of Jack Hermansson and Kevin Holland.

As for Adesanya, he felt an entirely different way about a sequel with Vettori, until he took some inspiration from a fellow Nigerian UFC champion.

“I wasn’t too excited about this fight because I didn’t think he deserved to be in cage with me,” began Adesanya, who successfully defended the middleweight title twice in 2020. “If you look at the list of people he’s fought since we fought, and the list of people I’ve fought, it’s vastly different.

“So I wasn’t (excited about this fight) until I saw Kamaru (Usman) take care of Jorge (Masvidal) twice,” he said of the welterweight titleholder, who turned a second fight with Masvidal in less than a year into his breakout performance as champion at UFC 261. “That inspired me like, ‘Right, I need to silence this guy and let him know that it’s over, there is no doubt that I’m the better fighter and that’s it,’ so that’s what I’m going to do.”

Inside The Octagon | UFC 263: Adesanya Vs Vettori 2

Despite his initial lack of interest in this weekend’s second meeting, Adesanya has always been game to mix it up with Vettori on social media, happily engaging with the perpetually grumpy and smoldering challenger whenever he’s looked to flex his thumbs.

And while there have been some heated exchanges between the two, the champion made it clear that regardless of how it might look at times, he’s not frustrated or irritated by his angry adversary and their ongoing squabbles.

"I'm not your friend." 👀 The third installment of Embedded is live.

“I’m not frustrated at all now; I’m amused,” he said when asked about the back-and-forth between the two, which has, understandably, ramped up in the days and week leading up to their clash on Saturday night. “I’m amused by his antics; I’m amused by the way he carries himself.

“It’s not playful — I’ll be playing on Saturday — but right now it’s just amusing to see this Eric Cartman-type mentality on him.”

This weekend’s main event is an interesting confluence of potential opportunities for Adesanya, the consummate showman returning off his first loss, as he can not only separate Vettori from his firmly-held belief that he’s the better man by handing him a second defeat, but he can also orchestrate the kind of display that reminds observers of what he’s truly capable of inside the Octagon, as well.

“It’s not really any pressure or anything, it just happens,” he said when asked about bouncing back from his loss to Blachowicz. “Any time I’ve taken a loss in kickboxing, boxing, whatever — I come back and I knock the next guy out and this is going to be no different.

“The same thing happened with the (Yoel) Romero fight because people were sleeping on me after that — ‘He’s this and that; he’s boring’ — and it was like, ‘All right, watch this!’ I said, ‘Y’all musta forgot’ and reminded them, and this weekend, I’ll remind them again.

“He can’t win this fight; there is no way,” Adesanya continued, shifting his focus to the task at hand. “There’s no way. I have to silence him, that way I take every single hope, every single dream away from him.

“All that “Italian Dream” s*** — it’s gone this weekend when I take it away from him and he realizes, ‘This guy is better than me everywhere.’ That’s my focus this weekend.”

Ever the diligent student, Adesanya likes to use the preamble to his fights to formulate questions about his opponents and the time he shares in the cage with them as a chance to procure answers. He’s genuinely inquisitive, especially when it comes to the fight game, and often has truly meaningful, thoughtful questions about the men he’s facing that he hopes to find answers to once they’re engaged in battle.

But this weekend, with Vettori, the sarcastic cut-up side of the champion is the one formulating the question.

“What that liver do?” he said wryly when asked if there were specific things he was looking to find out about his Italian foe on Saturday night. “I want to see what that liver do.”

Since the fight and its location were confirmed, Vettori has viewed the fact that the two men will share the cage for the second time in the exact same place as their first encounter as a cosmic sign — the fates aligning to allow him to correct the perceived injustice that transpired the first time they clashed in the Arizona desert.

Order UFC 263 For Any Device

For once — and only this once — the champion agrees with the challenger.

“It is destiny,” he began, working to keep the smile that was trying to creep through as he readied to deliver the second part of his statement under wraps.