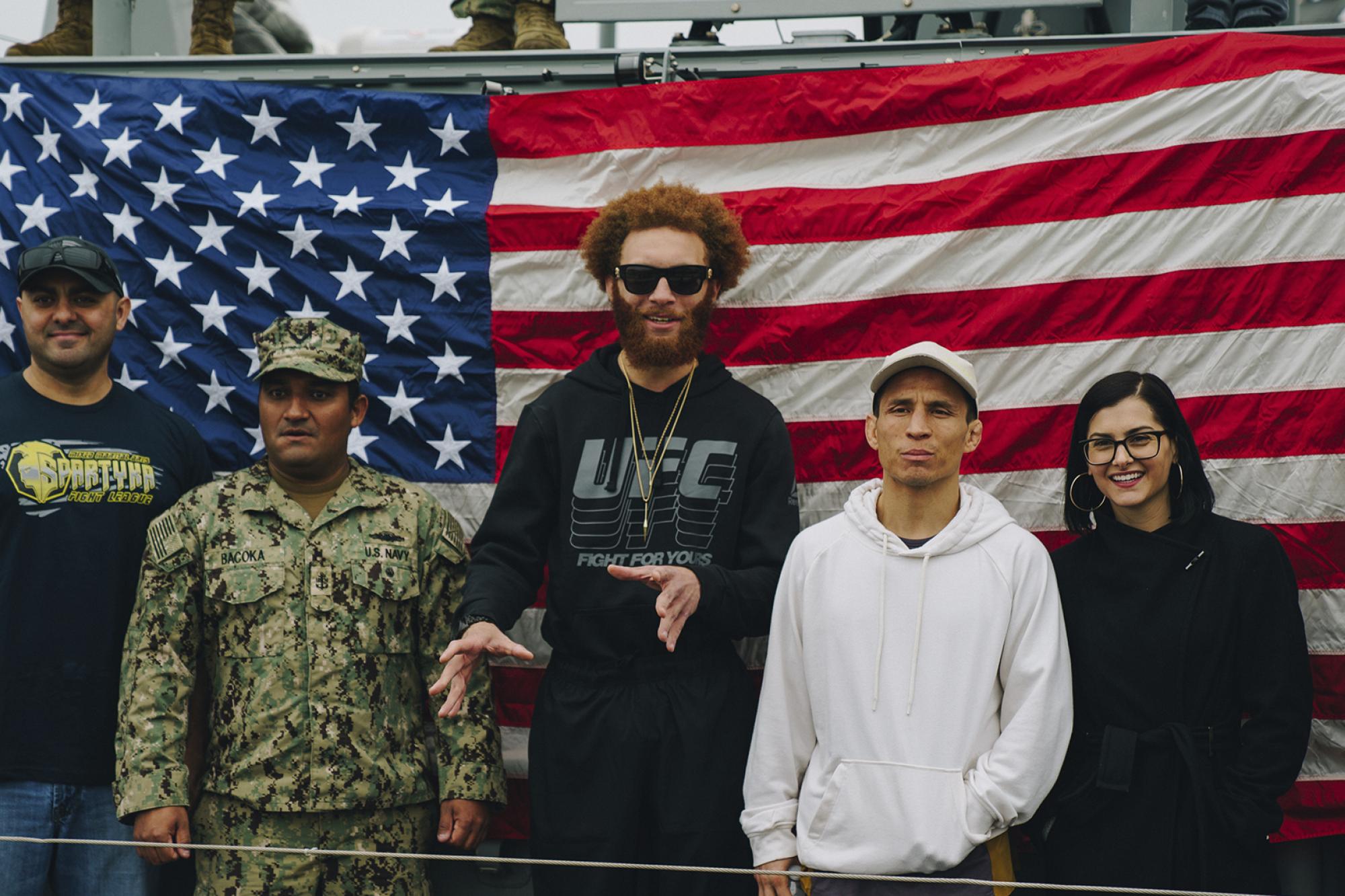 Luis Pena and Joseph Benavidez visited Joint Expeditionary Base - Little Creek, an operating base for the Amphibious Forces in the United States Navy.
By Zac Pacleb, on Twitter @ZacPacleb • Feb. 27, 2020

Ahead of this weekend’s action in Norfolk, Joseph Benavidez and Luis Pena toured Joint Expeditionary Base – Little Creek, a major operating base for the Amphibious Forces in the United States Navy.

The athletes were taken onto one of the ships and given a breakdown on what day-to-day life is like for the crew, and then they were taken to a workout facility where service members train in an indoor pool that features a difficult obstacle course above.

For each athlete, the visit hit close to home. While Benavidez said he didn’t have much experience around a Navy base growing up, his brother-in-law serves in the military, something in which Benavidez said he takes great pride.

Pena, on the other hand, has multiple connections to Norfolk, in particular.

“I want to say back in 2013, I came out here and stayed with my mom for the summer,” Pena said. “She’s a chief for the Navy. And now, she’s stationed out at Sacramento. But little did I know, my biological dad is out here, as well, so it’s been pretty cool.” 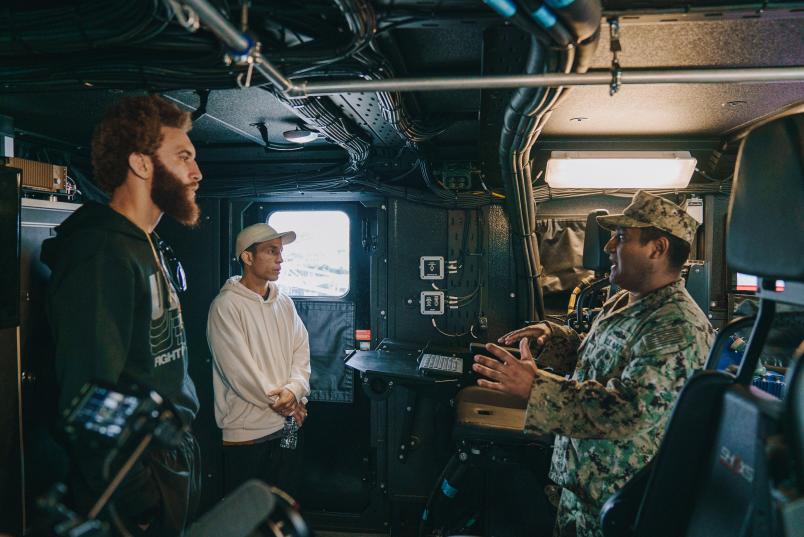 Pena added that he nearly came to Norfolk for college when Old Dominion recruited him as a wrestler.

Regardless of connections, though, the athletes were impressed with the way everything was broken down and explained to them.

“The details are insane,” Benavidez said. “The fact that it grows and expands to this whole complex and everything is that efficient. It’s not like one little part of efficiency and engineering. It’s a whole thing with a whole team. The teamwork and the efficiency that they have - there’s just something around every corner that you just notice.”

When they toured one of the ships, Pena was particularly impressed by the impressive firepower that he saw built into the vessel. 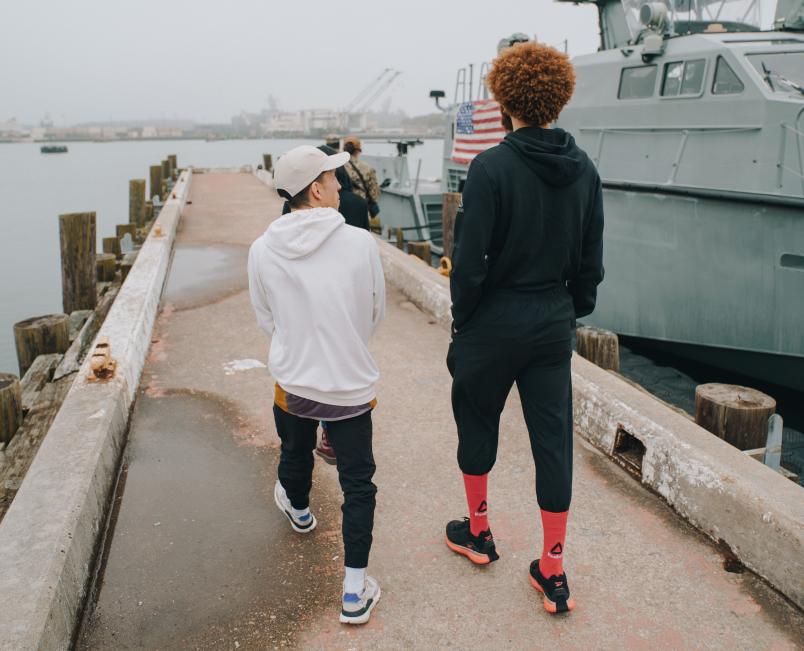 “One of the things that you just really can’t get over is the sheer amount of power that you’re standing on,” he said.

The crewmembers signed a flag and presented it to Pena after the tour, something that moved the athlete, given his history and connections to the place. Following the visit, Benavidez put everything in perspective.

“It makes what we do not even seem important when you look at stuff like this,” Benavidez said. “We’re just having fun on Saturday night. This is amazing and inspiring.”

For more information and updates, sign up for the UFC Newsletter here.