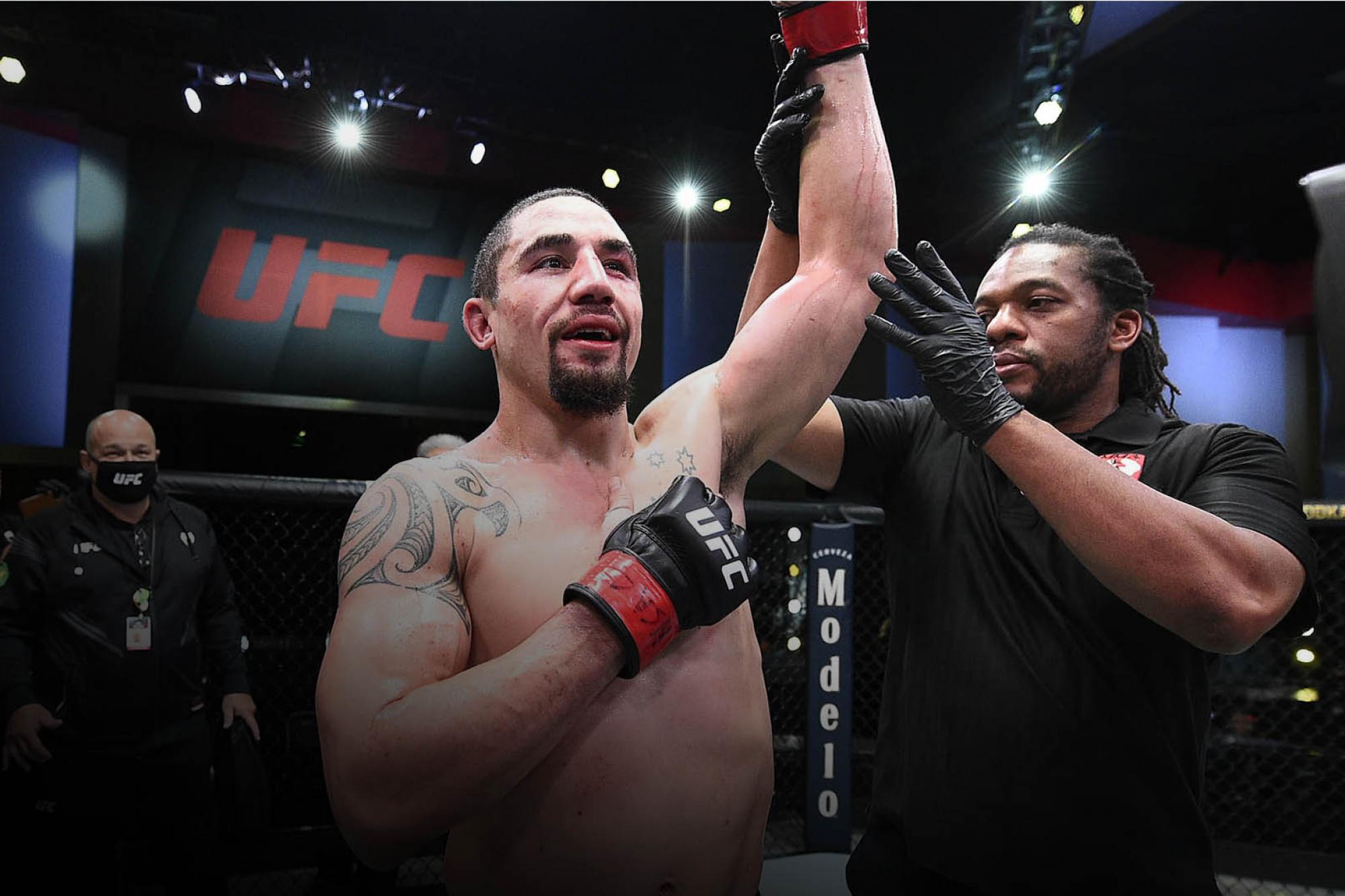 Saturday’s UFC Fight Night event is in the books, and now that the dust has settled in Las Vegas, it’s time to go to the scorecard to see who the big winners were at the UFC APEX.

In the space of three fights, Robert Whittaker has achieved a rare feat in the world of combat sports, in that he has fans around the globe wanting and expecting a rematch of a one-sided defeat less than two years ago. That’s not easy but following the loss of his middleweight title to Israel Adesanya in 2019, Whittaker took a brief break from the sport, recharged his batteries and went on to beat Darren Till, Jared Cannonier and Kelvin Gastelum in succession. And in doing so, he’s showed off a new and improved version of himself, making it clear that if he does get “The Last Stylebender” in the Octagon again, that rematch isn’t likely to look like the first fight did.

In 2016-17, when Andrei Arlovski went 0-5 with three knockout losses, I don’t think anyone would have bet that “The Pit Bull” would be 3-1 in his last four and still turning back prospects in 2021 at the age of 42. But here is, leaving his often-reckless style of the past in the past while implementing solid gameplans and outworking younger foes on a regular basis. That’s quite a tale being written by the former heavyweight champion, and I can’t wait to see where he takes it next.

One of the sport’s most likeable folks, Gerald Meerschaert was in a tight spot heading into his Saturday bout with Bartosz Fabinski, having lost his previous two bouts via first-round knockout. But after a seven-month break, “GM3” came back determined to right his ship, and he did, submitting Fabinski in the first round. Yes, he’s back in the win column, but more importantly, with a baby on the way, that Performance of the Night bonus will come in handy for plenty of diapers in the Meerschaert household.

Jessica Penne’s Saturday bout with Loopy Godinez was a close one, but after all Penne went through to finally return to the Octagon for the first time since 2017, if good fortune was going to swing someone’s way, it should have gone in the direction of the Californian, who now has a new lease on her career after a hard-fought victory, her first since December 2014. That’s a long time, any way you slice it, but last weekend, she proved that her heart is more than sturdy enough to make another run at the top.

Order UFC 261 For Any Device

It’s unfortunate that when a fighter makes it to the UFC after his 24th pro bout, he is automatically put in the category of someone good enough to get to the big show, but not good enough to one day wear a belt. Well, after defeating Geraldo de Freitas and Anthony Birchak (not to mention earning Fight of the Night honors in his Octagon debut against Brett Johns), Gravely may just shatter that assumption. Add in the fact that he hasn’t reached the age of 30, and the upside is high for a young man ready to battle the best at 135 pounds.