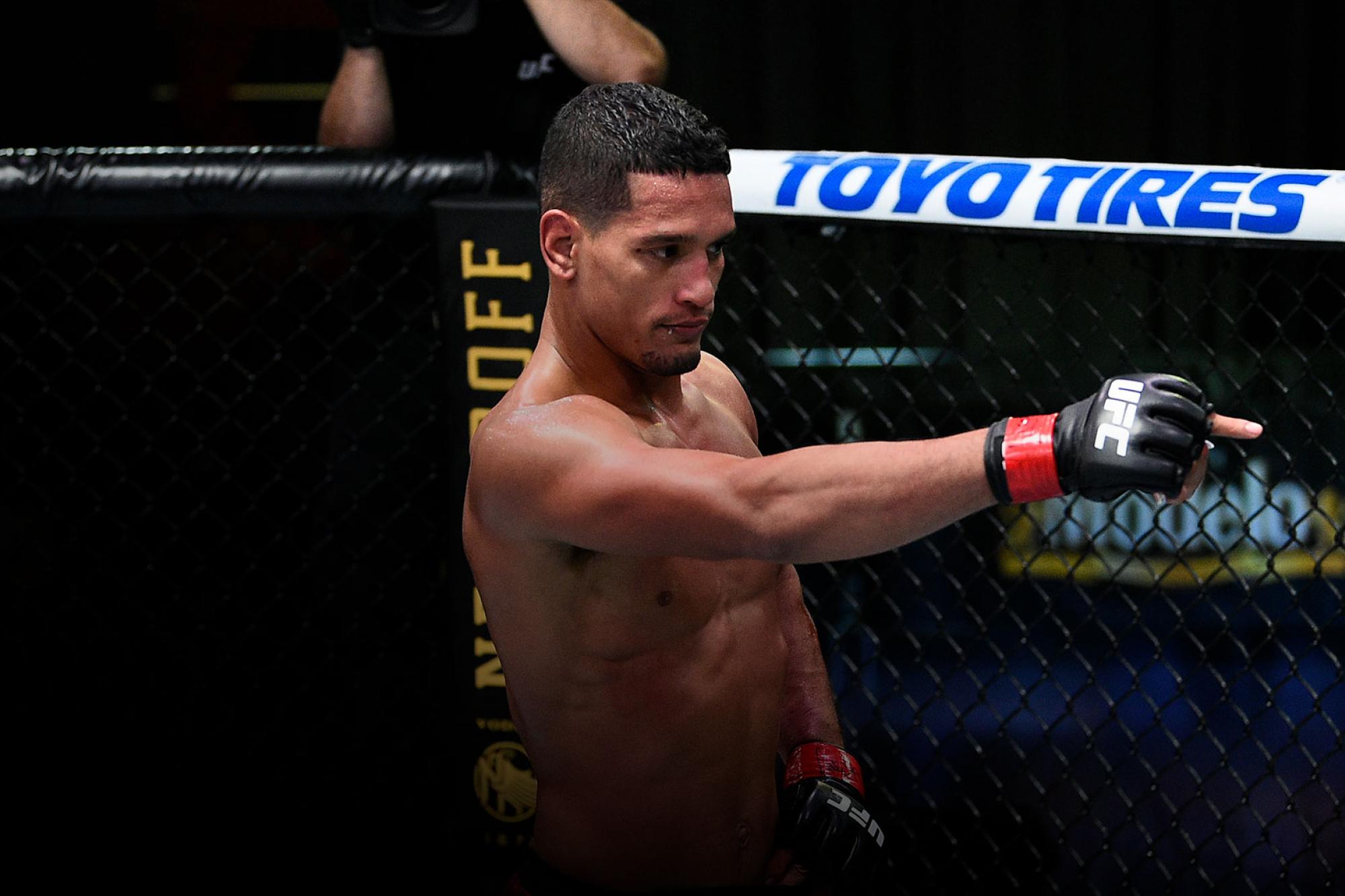 Take A Deep Dive Into The Key Stats Of Some Of The Biggest Match-Ups At UFC Fight Night: Rozenstruik vs Sakai
By Zac Pacleb, on Twitter @ZacPacleb • Jun. 2, 2021

(All stats according to UFC’s Record Book and Fight Metric as of June 2, 2021, and only include active athletes in their respective division unless noted otherwise) 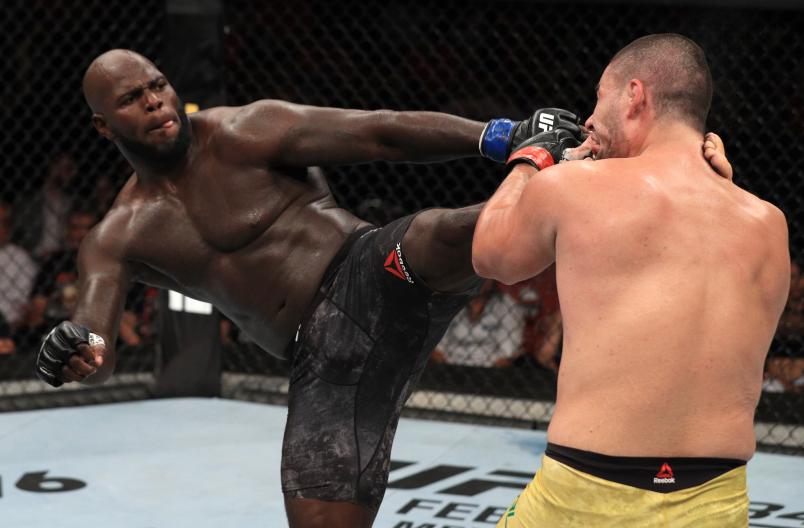 What It Means: “Bigi Boy” is a powerful, one-shot knockout puncher who can strike as fluidly as any heavyweight on the roster. He can string together three-to-four strike combinations and enjoys throwing a leg kick in the middle of those combos. He has, at times, settled on counterstriking and can struggle if he can’t find his range and rhythm, but he also knows he has ungodly power in his hands and can turn the tide of a fight with the right strike.

What It Means: Sakai is a well-rounded and powerful striker who moves really well for his size. His striking is as smooth as it is powerful, and he shows good patience when picking his shots, rarely putting himself out of position. He can keep a relatively high pace and pressure, which helps him defuse his opponent’s offense for the most part.

Watch The Fight On ESPN+

What to Look For in the Fight: Sakai is often the busier of the two and will likely initiate a lot of the action, but Rozenstruik is an intelligent and powerful counterstriker. If “Bigi Boy” does choose to pour on pressure, he has a diverse attack to bring to the table. The control of distance and how the fighters exit the pocket is going to be critical because both are accurate and make a point to finish an exchange with the last strike. 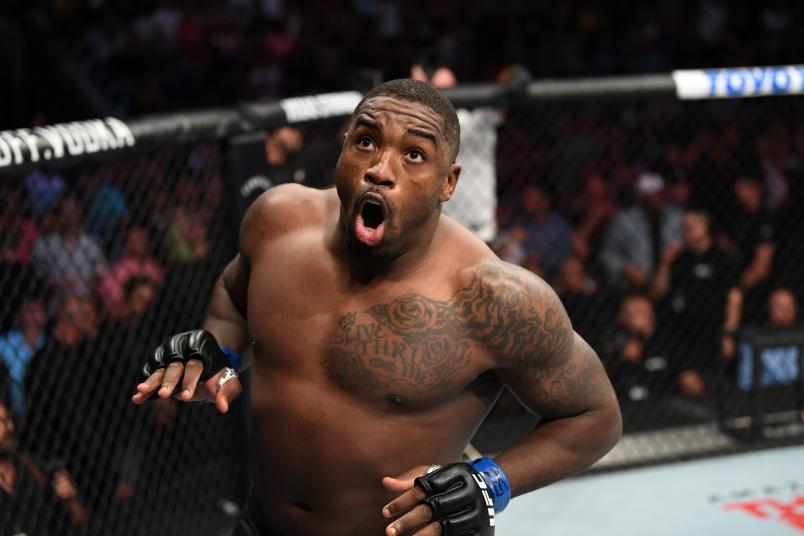 What It Means: Harris is a fast-working power puncher whose athleticism and hand speed can surprise opponents early in fights. His finishing instincts shine once he rocks an opponent, and he rarely gives them a chance to recover or breathe. He throws heat but doesn’t get as wild as his knockout record could suggest for someone else. He is pretty solid defensively when it comes to wrestling against the fence and is better there than out in the open when it comes to grappling exchanges. 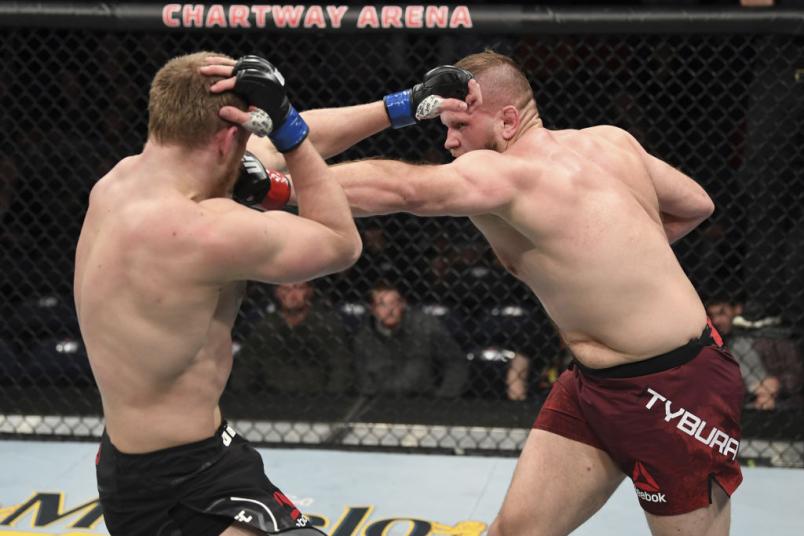 What It Means: Tybura is a durable, burly fighter whose toughness and fight IQ is clear. He is a patient fighter and works hard in grappling exchanges, showing strong control against the fence and pressure from top position. He doesn’t just lay-and-pray, though. His ground-and-pound is vicious and exhausting for opponents to deal with when he gets the fight to the ground.

What to Look For in the Fight: Knowing Harris is often a quick starter, Tybura might try to take some steam out of Harris' sails early in the fight with either a takedown or just some control time along the fence. The early part of the fight is classically the most dangerous time when it comes to fighting Harris. That said, Tybura can't relax because of Harris' real power and speed on the feet. Tybura's entries can't be sloppy ones, but if Tybura can stretch the fight into the second and third round, he could find chances to control Harris on the ground and rain down ground-and-pound.

Other Fights to Watch (Santiago Ponzinibbio vs Miguel Baeza) 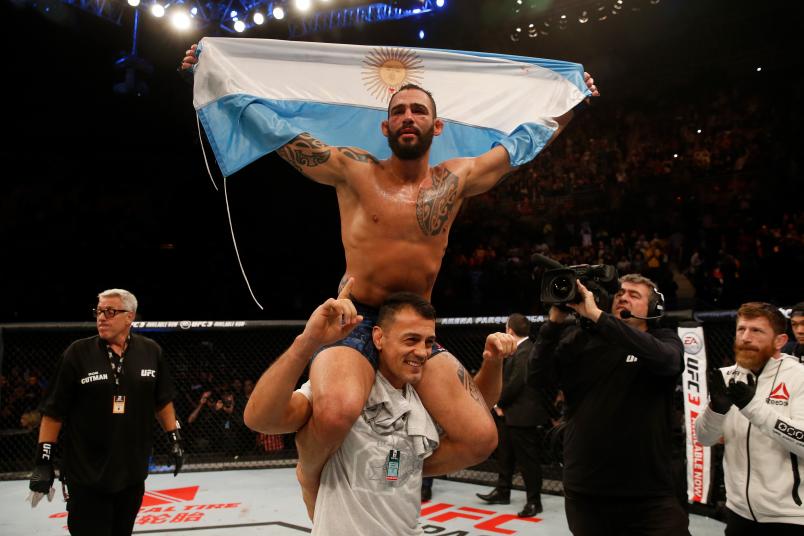 What It Means: Ponzinibbio is an explosive, technical striker with a tactical mind and knockout power. His ability to mix a variety of attacks into his offense makes life difficult for opponents, and he can dictate the pace and distance of the fight on the feet with solid footwork, as well. At range, he is devastating and a fun fighter to watch when he gets comfortable on the feet.

What It Means: “Caramel Thunder” has a solid frame for the welterweight division at 6-foot-2 with a 74-inch reach. His striking is technical and powerful, and he shows good defensive movement with his upper body to keep him in range to throw counter shots, which he throws in bunches. Baeza works well off low leg kicks to stymie his opponent’s movements and make them a more stationary target, and he doesn’t need a lot of space to generate power.

What to Look For in the Fight: Ponzinibbio showed some rust against Li Jingliang after a lengthy layoff, so he should look more like the guy who was climbing up the welterweight ladder in this outing. If that’s the case, he’s Baeza’s toughest test to date. Baeza has checked every box you’d want to see from a prospect young in their career, from his composure and power to his resiliency and fight IQ. This lines up to be a fun striking battle as both enjoy mixing in a diverse attack in order to overwhelm their opponents.