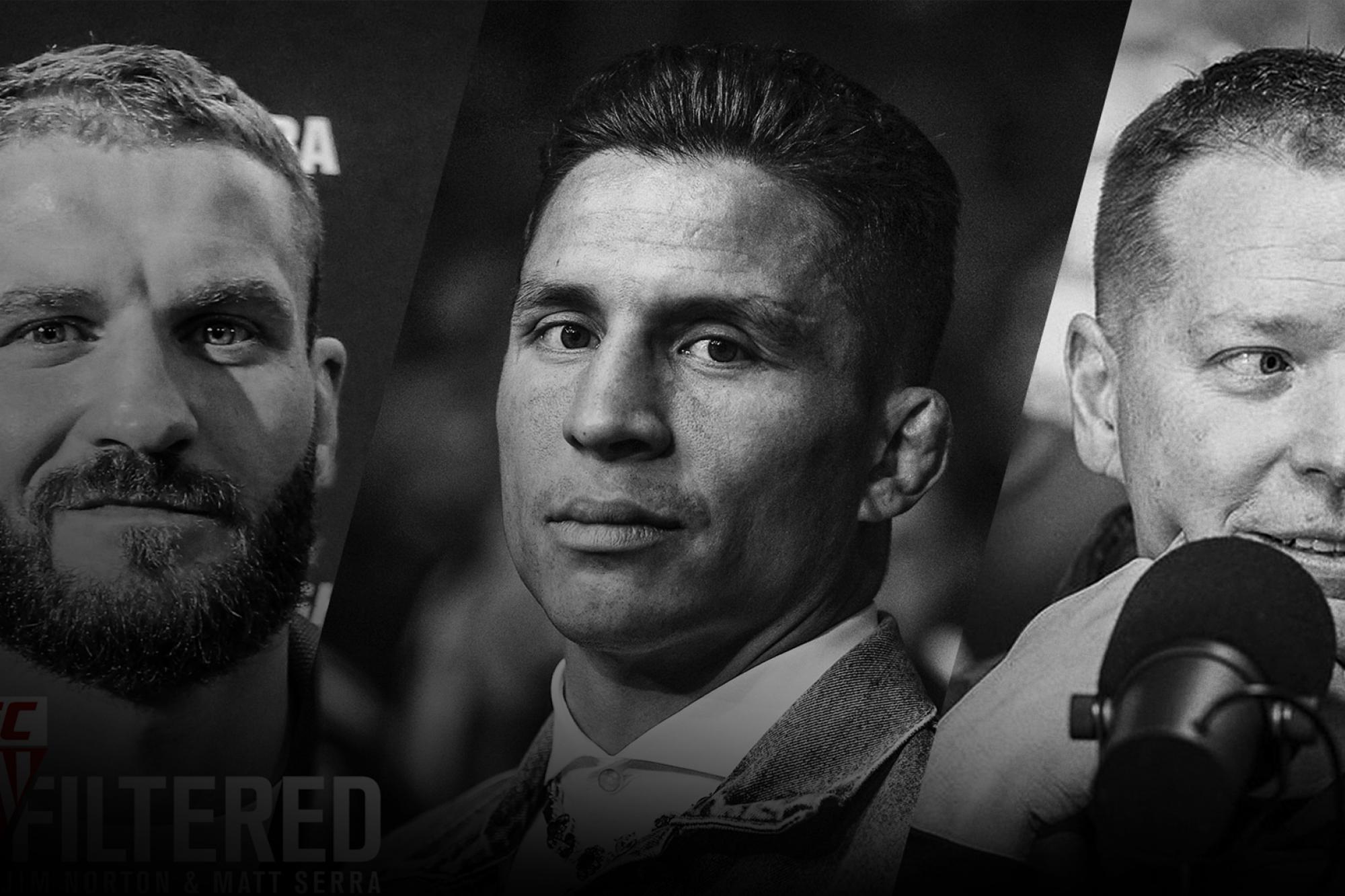 Jim and Matt recap the action from UFC Fight Night: Rozenstruik vs Gane and speak to one half of UFC 259's main event on today's episode of UFC Unfiltered!

First, comedian Gary Owen makes his UFC Unfiltered debut. He lets the guys know what he thought of Derrick Lewis' dominant performance over Curtis Blaydes, shares what happened during his first open mic night that ended in him getting kicked out of the club and recaps the first season of The Ultimate Fighter that got him hooked on the sport.

Then, Joseph Benavidez calls in ahead of his bout against Askar Askarov at UFC 259 this Saturday. He flexes his movie knowledge by giving some recommendations to Jim and Matt, shares what it's like to be married to UFC reporter Megan Olivi, and details why it's liberating to not chase after a title at this phase of his career.

Finally, light heavyweight champion Jan Blachowicz joins Jim and Matt ahead of his first title defense against middleweight champion Israel Adesanya this Saturday in the main event of UFC 259. He shares why he's a big fan of cold water baths for workout recoveries, which video games he plays while he's on the road, and how his life has changed since becoming the UFC light heavyweight champion last September. They also recap some of Jan’s best performances inside the UFC Octagon, and Jan explains what JJJ (Jan Jiu Jitsu) is!

Listen To The Most Recent Episode Of UFC Unfiltered

Got a minute, give UFC Unfiltered a review!