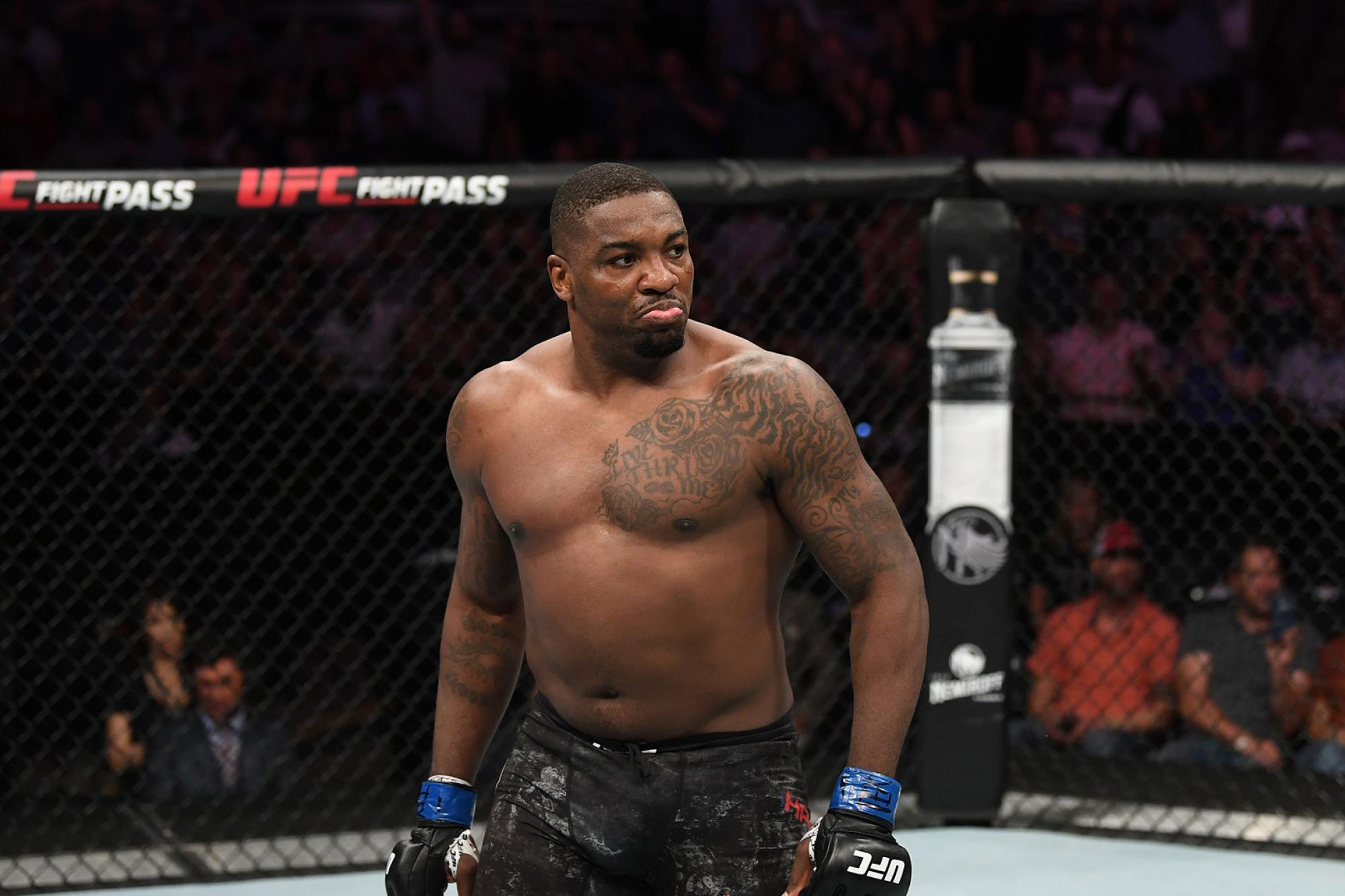 For The First Time In A Long Time, Walt Harris Feels Like He's Truly Back In The Fight Game And Ready To Bounce Back At UFC Fight Night: Rozenstruik Vs Sakai
By THOMAS GERBASI, ON TWITTER: @TGERBASI • Jun. 4, 2021

Walt Harris found his smile again. One look at his Instagram is proof, whether it’s the end of a training session with the gang at Xtreme Couture, a dinner out with a squad that included undisputed lightweight boxing champion Teofimo Lopez, or just a post declaring his love for mixed martial arts.

That’s good news for the Alabama native as he approaches his Saturday night co-main event against Marcin Tybura, and not just from a fighting point of view, but a life point of view. It wasn’t easy, considering two 2020 losses and, of course, the tragic death of his daughter Aniah in 2019, but today, he’s better than he’s been in a long time.

“Over the last year and a half, I've really battled back and forth with that,” Harris said when asked if he had lost the love of the game that he now says is back in full force. “Just going through what I was going through, struggling in the last couple fights, it was just like, ‘Man, I don't even know if this is what I want to still do.’ But my daughter, I can hear her telling me, ‘It's not over. You cannot stop.’ And when I really sat down and looked at it, I didn't grieve the way I needed to.”

Harris tried to fill his time with training camps and fights against Alistair Overeem and Alexander Volkov, and he even made a run for a seat on the Homewood City Council in Alabama. But it wasn’t until he looked at the loss of his daughter head-on that he began to find daylight again.

"I found myself again, I'm happy and I'm at peace. I love this sport with everything in me and I feel like now it's time for me to go out there and do what I'm capable of doing."

“I went and got help, I talked to people, and I came out of my dark place, and fighting was a big part of that,” he said. “I know fighting is the reason I'm still alive to this day for a lot of reasons. So for me to give up on my love for this sport would be a disservice. To work as hard as I have to get here and say, 'All right, I'm done,' because of a little bump in the road, I feel like that would be cowardly. I don't know how to quit nothing, and that's my problem (Laughs), but I feel like I've got so much more to give to the fans, my fans, and the people that love this sport so much and as much as I love it. So I'm gonna go in there Saturday night and show you all how hard I've been working and I hope everybody enjoys it.”

There’s an excitement in Harris’ voice that hasn’t been there for a long time when it comes to the nuts and bolts of the fight game. That’s bad news for the surging Tybura, who brings a four-fight winning streak into the UFC

“I just needed a change of scenery,” said Harris. “Birmingham can be a bit distracting, so I just felt like I wanted to get some bigger bodies and get a different challenge, a different look, and kind of re-engage myself in the fight game because I still love it so much.” 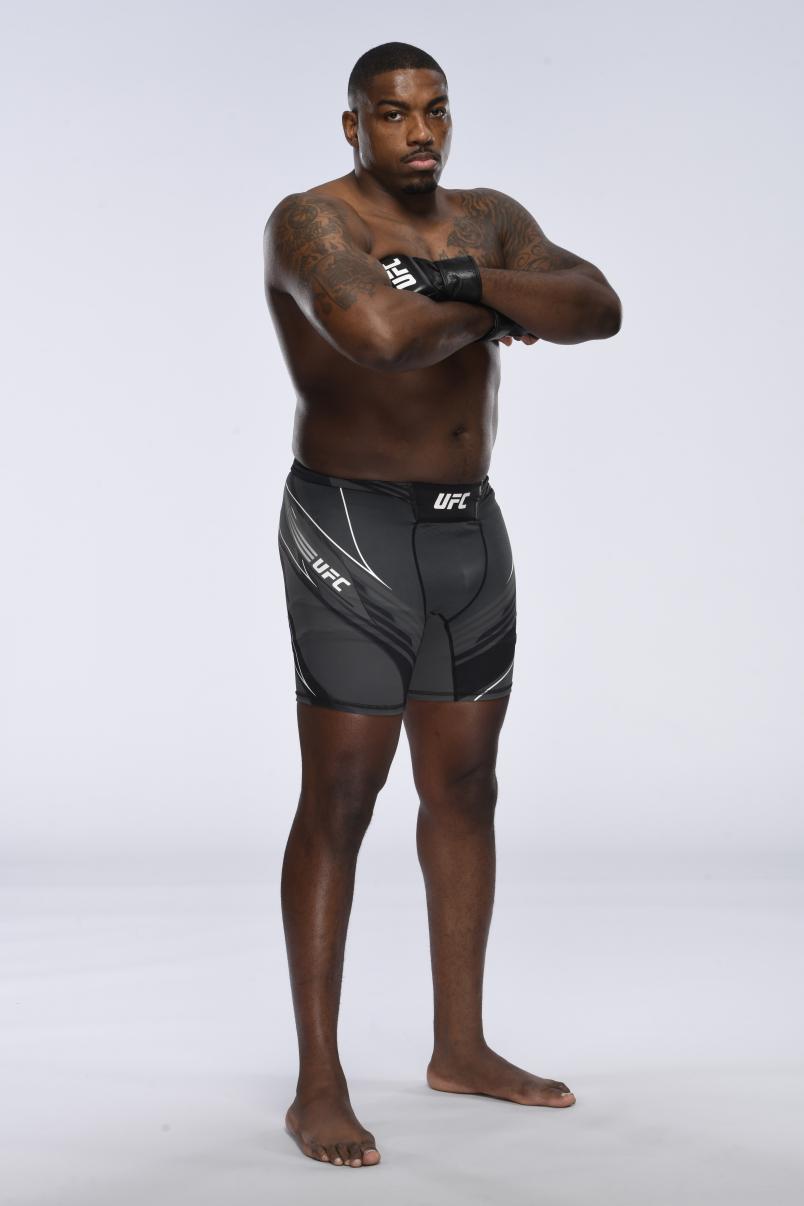 Walt Harris poses for a portrait during a UFC photo session on June 2, 2021 in Las Vegas, Nevada. (Photo by Mike Roach/Zuffa LLC)

So was it mission accomplished in Las Vegas?

“A hundred percent,” he said. “Back home, we've got a really good base and really good guys, but they're all so young, and we don't have a ton of big bodies in Alabama, so I felt like going somewhere where I could get some bigger bodies and be pushed in the gym on a day-to-day basis was the best thing for me. I knew how I responded when I was at (American) Top Team. You're on the mat with a bunch of killers every day, you're gonna rise to the occasion, and that's what I put myself in out here in Vegas. And plus, (Xtreme Couture coach) Eric Nicksick and I are close, and he knows how to bring out that dog in me. I thought it would be a good change of pace and it's worked out so far.”

Entering the Octagon for the 16th time, Harris may be approaching his 38th birthday, but heavyweights usually mature later than most fighters, he doesn’t have a lot of mileage on his body in terms of punishing wars, and if all else fails, the punch is always the last thing to go. Long story short, Harris may be on a two-fight losing streak, but in this division, one punch is all it takes to put a fighter back in the mix. 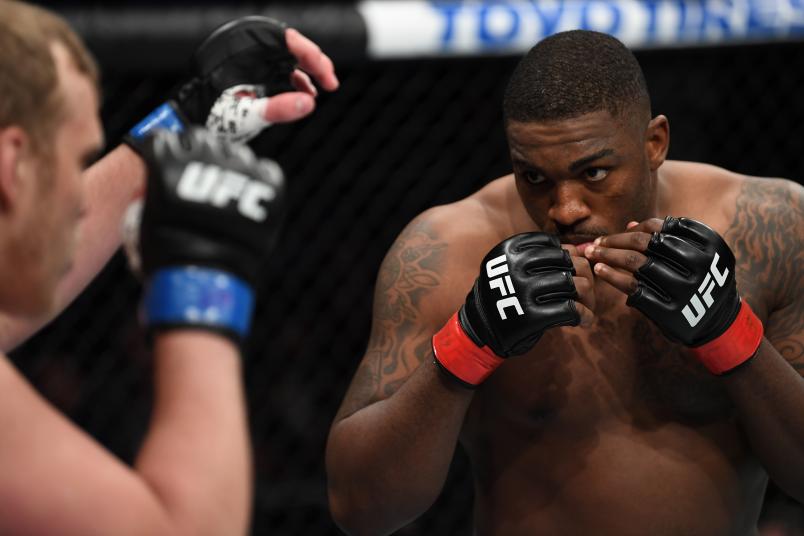 Walt Harris battles Serghei Spivac of Moldova in their heavyweight bout during the UFC Fight Night event at Canadian Tire Centre on May 4, 2019 in Ottawa, Ontario, Canada. (Photo by Jeff Bottari/Zuffa LLC)

“That's my motivation,” he said. “That's why I got into it is to get to that belt and that's the beauty of this sport; you can drop two, win two and be right back where you left off, so I'm excited to get back on the winning track and feel that feeling again. To know that I got up and did that, is gonna be a championship in itself. When I get my hand raised Saturday, that's gonna be the best feeling in the world.”

So the thought of packing his bags and going back to Alabama for more political races? Nah, not happening. Walt Harris ain’t going anywhere.

“The division's looking real nice so I can't quit now,” Harris laughs. “It's wide open. There's so much shifting and moving and new faces. It's a great time to be a heavyweight in the UFC right now, so I'm just excited to see where I fit in and show the world that you can fall, but you can definitely get back up. If I can do it, anybody can.”