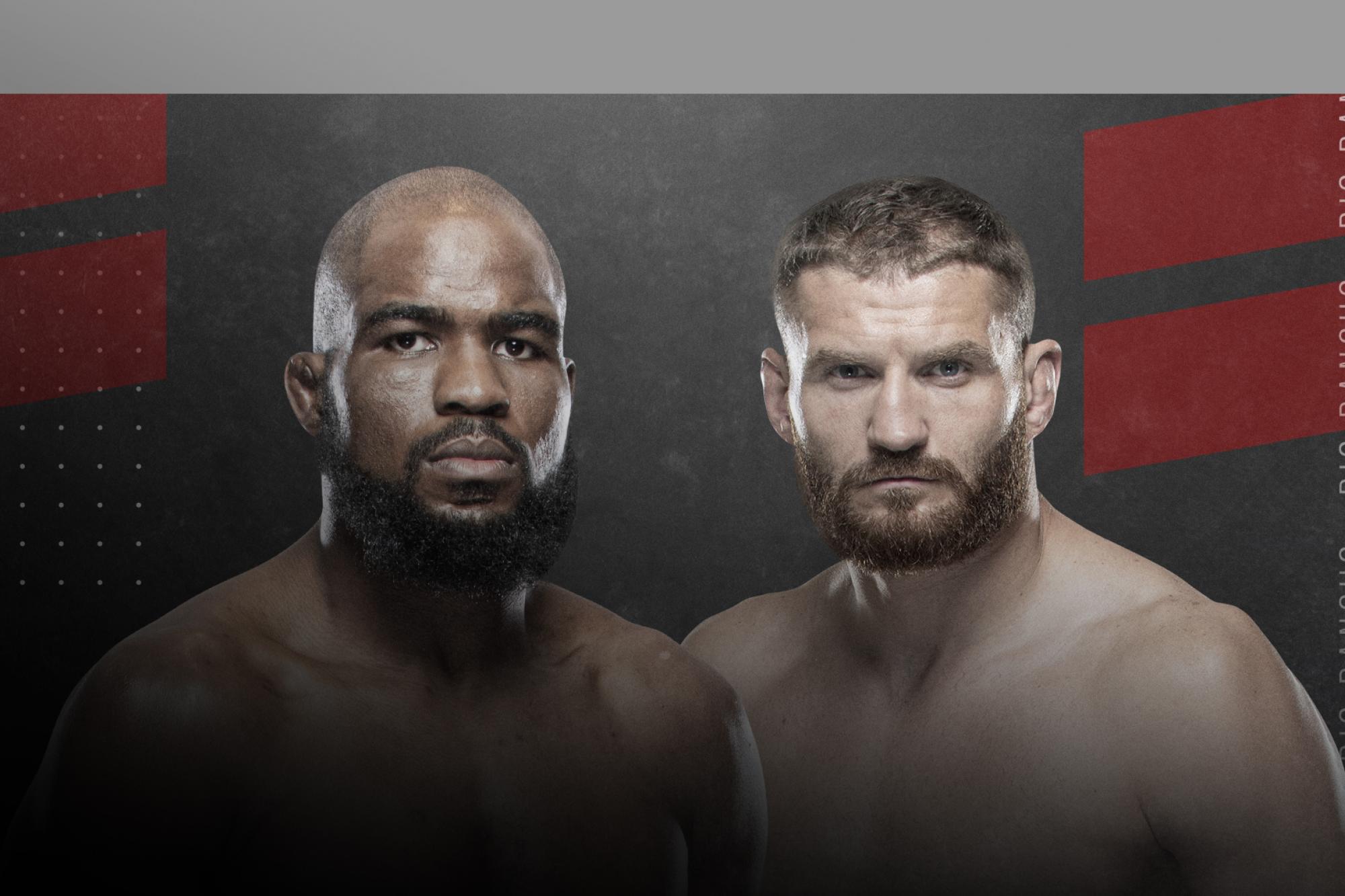 Jan Blachowicz and Corey Anderson will make their case for a light heavyweight title shot on February 15 in Rio Rancho.
By Thomas Gerbasi, on Twitter: @TGerbasi • Dec. 3, 2019

The UFC's return to New Mexico will have a main event to remember on February 15, as top light heavyweight contenders Corey Anderson and Jan Blachowicz look to make their case for a shot at the belt when they square off in the UFC Fight Night on ESPN+ headliner at Santa Ana Star Center in Rio Rancho.

Fresh from a stirring knockout of Johnny Walker, the No. 5-ranked Anderson has won four in a row leading to his rematch with the No. 6-ranked Blachowicz, who is fresh from wins over Luke Rockhold and "Jacare" Souza and eager to even the score with the man who decisioned him in 2015.

Plus, the following fights were made official for the card Tuesday:

How to Watch The Return of The Ultimate Fighter®: Team…

How to watch The Ultimate Fighter in your country

UFC Partners With Youth Charity Onside To Launch Its…

UFC Has Partnered With Leon Edwards, Darren Till and Jimi Manuwah And OnSide To Establish A Youth Mentoring Program At Youth Zone Locations Throughout The U.K.

UFC 264: Fans Are Back In Vegas For Poirier vs…

Fans Are Back In Vegas For Poirier vs McGregor 3 on July 10, 2021 at T-Mobile Arena in Las Vegas