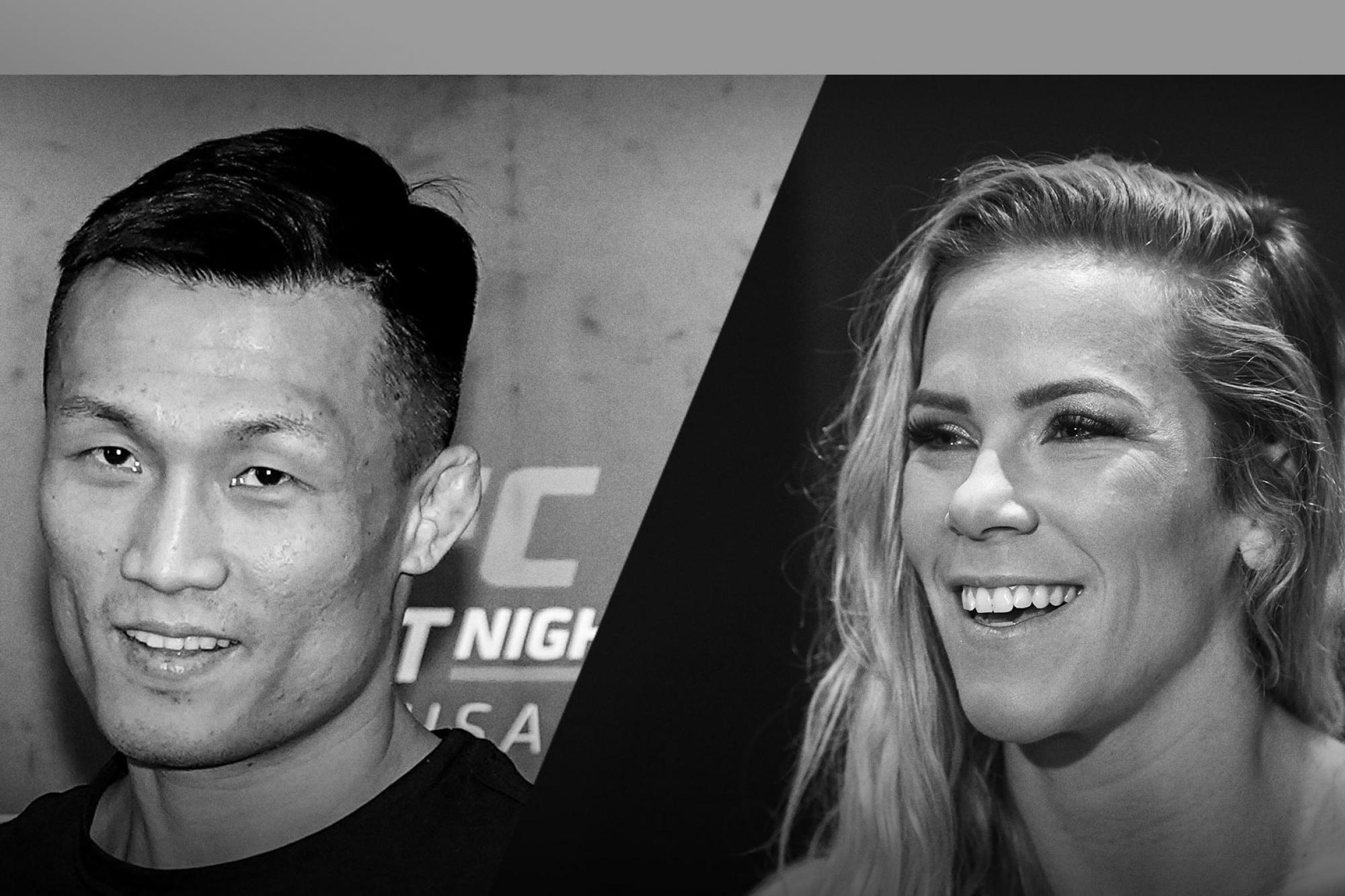 They discuss how Jung persevered through an eye injury for several months leading up to Jung's bout against Frankie Edgar, getting a lot of money to be on a reality show in Korea, and how it feels to fight an opponent he truly dislikes in Brian Ortega this Saturday at UFC Fight Night: Ortega vs The Korean Zombie.

After Jim and Matt make their fight picks for this weekend, Katlyn Chookagian calls in from Fight Island. She shares why she's indifferent towards aliens, how it felt beating Antonina Shevchenko after losing to her sister Valentina, and her game plan against Jessica Andrade in this weekend's co-main event.

Finally, Jim and Matt react to the news of Aljamain Sterling getting a title shot against Petr Yan at UFC 256.

Listen to the whole show here: